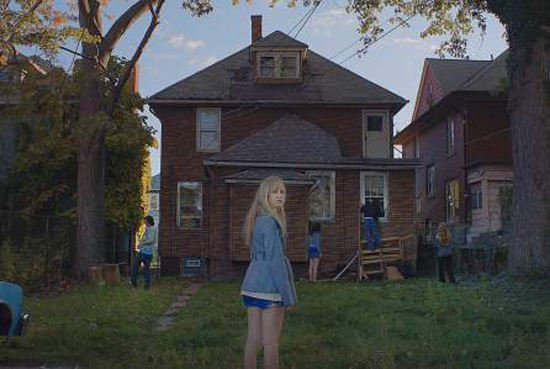 ‘It Follows’ Exands to 1,655 Theaters on Friday

After expanding from 32 to 1,218 theaters last week, ‘It Follows’ will be expanding to 1,655 this Friday.   The cult horror film from David Robert Mitchell is just in time for Spring break and anticpating even more success in theaters.  With a 95% Rotten Tomatoes score, the film is one of the best reviewed ones of the year so far.  Radius acquired the film out of the 2014 Cannes Film Festival. The film stars Maika Monroe (Labor Day), Keir Gilchrist (It’s Kind of a Funny Story), Daniel Zovatto (Laggies), Jake Weary (Zombeavers), Olivia Luccardi (Girls) and Lili Sepe (Spork).  The indie film centers around a teenager who has a strange sexual encounter, followed by disturbing visions and a feeling that something is following her.  The VOD/DVD release has been put off while the film has it’s theatrical run.