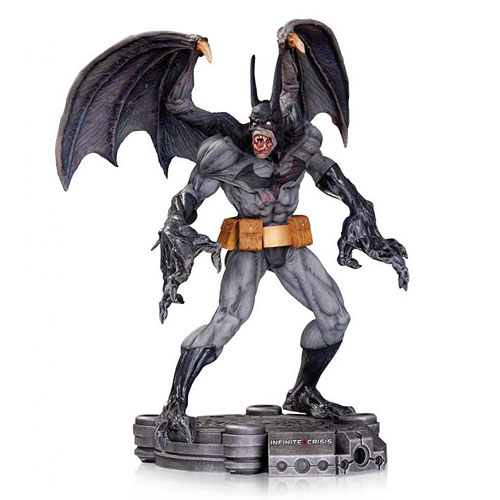 This October there is a Batman treat that looks incredible. Read on for the official details.

What better way to kick off the Inifinite Crisis line of statues with none other than Nightmare Batman! A sudden assault threatens the DC Multiverse and all realities stand on the brink of annihilation. Now, the last hope for Earth lies in the powers of the DC legends. Infinite Crisis is a free-to-play multiplayer online battle arena (MOBA) game for PC featuring fast-paced battles, streamlined RPG mechanics, and iconic locations and characters from across the DC Multiverse which includes Nightmare Batman. Sculpted by Erick Sosa, this detailed resin statue measures approximately 10 1/4-inches tall. Fans of the "Red Rain" storyline will love this Nightmare Batman statue!