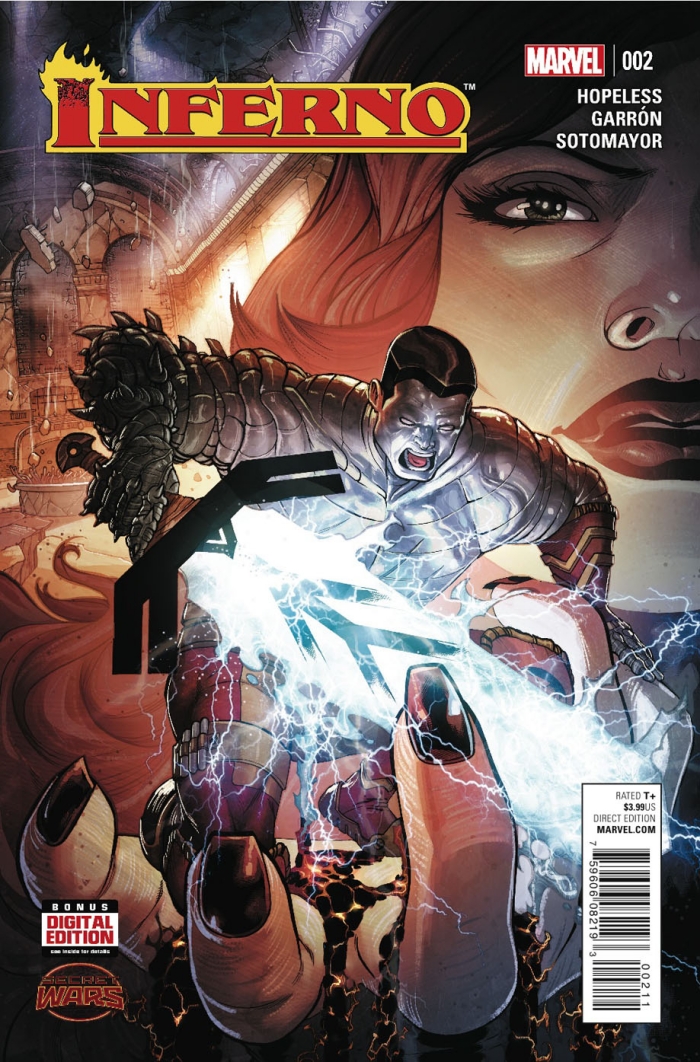 Marvel Comics has provided us a preview of the new Inferno comic.

As if Colossus’s Inferno raid wasn’t impossible enough, now his skeleton crew X-Men are a team divided. With Boom Boom gut stuck and bleeding out. Nightcrawler caught in Darkchylde’s hellfire web. And Domino’s fate in the hands of The Goblin Queen Madelyne Pryor. Find out if our big metal mutant can pull his team’s bacon from the flames and get this suicide mission back on track as X-Men vs. Hell-on-Earth action continues.