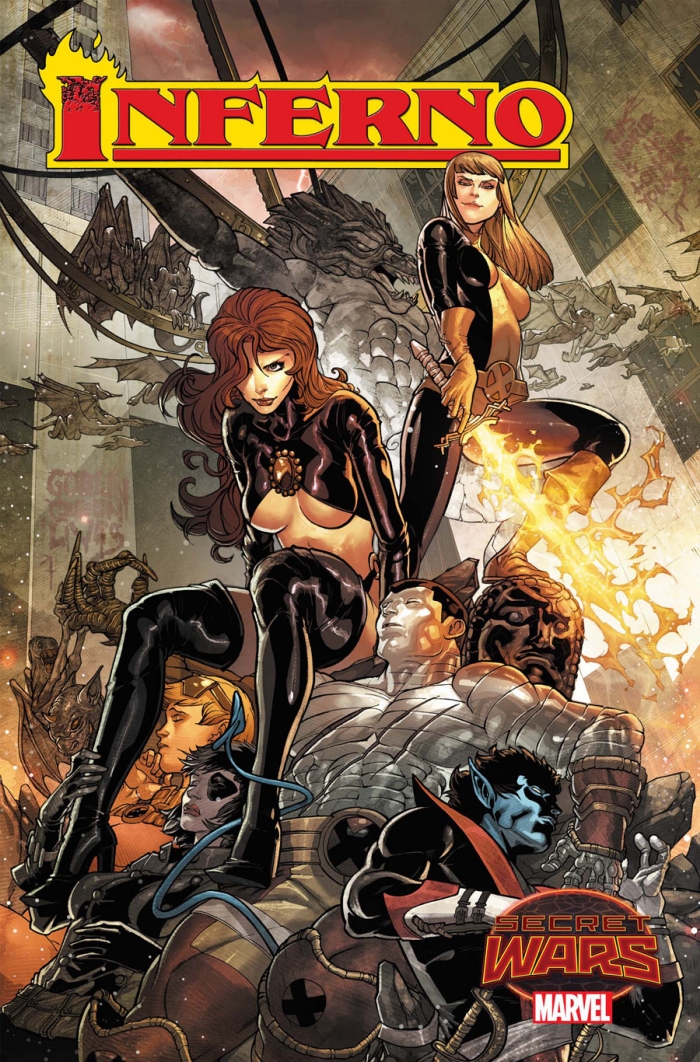 Marvel Comics has provided us a sneak peek of the new Inferno comic.

Now, on this the fifth anniversary of the fall of the world, Colossus is leading a surviving team of X-Men back into the Inferno. None of them know what lies on the other side, but one thing is certain, they’re not coming back without his sister! Now, amidst the fire and the fury lies demons, ghouls, and the Goblin Queen herself. Colossus and his team of Nightcrawler, Boom Boom and Domino will face them all in an effort to save Illyana. But can she be saved? Or has she already been lost?