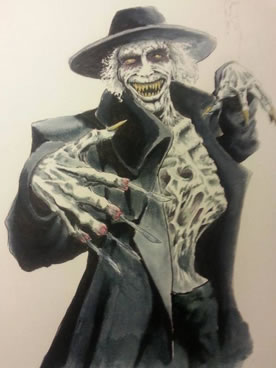 Indiegogo Campaign Launched for ‘We Kill The Dead’

An Indiegogo campaign has been launched for “We Kill the Dead.”

A secret government agency whose mission is to combat thano-sapiens, undead killers such as Jason or Freddy. This first story of a planned trilogy entails Joanna, a survivor of a thano-sapien attack at her college, who enlists in the SSTB (Supernatural Special Tactics Bureau). Shortly after she joins, Jack the Ripper returns as a demonic being, last seen when SSTB leader, Nathan Scrimm, blew his head off with a grenade in the 80’s. Now Jo, Nate, and the more-than-slightly-disturbed Agent Cooper race to discover the secret to stopping the legendary serial killer while battling an army of thano-sapiens under Jack’s control.

You can learn more about the campaign here.