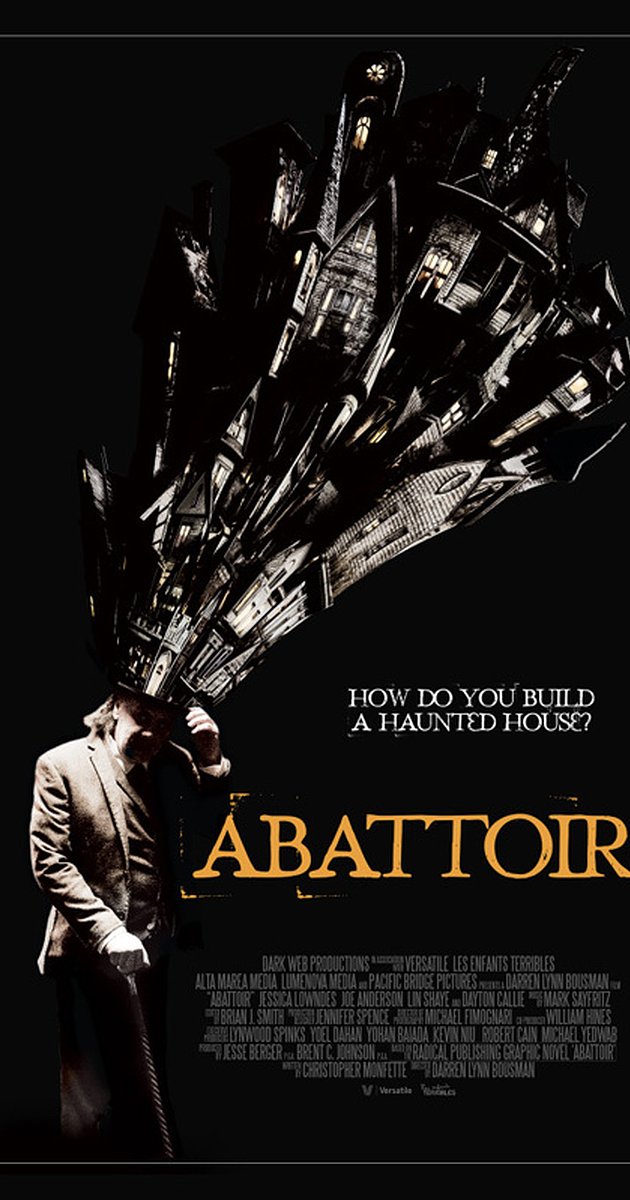 It was recently announced by Momentum Pictures that they have acquired the North American rights to the horror film “Abattoir“, which premiered earlier this year at the Los Angeles Film Festival.  The film’s director, Darren Lynn Bousman (Saw), approves of the acquisition.  “Abattoir has been a labor of love for all of us involved,” Bousman said of the movie, which was written by Christopher Monfette (12 Monkeys television series). “It is an honor to partner with a distribution team who not only understands the genre, but are actual fans of it.”

The film, which stars Jessica Lowndes (The Prince), Joe Anderson (Hercules), Lin Shaye (the Insidious Series) and Dayton Callie (TV’s Sons of Anarchy), tells the tale of a real estate professional (Lowndes) who uncovers a plan to build a house using only rooms where horrible tragedies occurred.    Momentum’s Senior Vice President Ian Goggins, who made the announcement on October 18th, is excited to present this movie to the horror masses.  “The film has unique twists and turns that will leave audiences at the edge of their seats”, he said.

The movie is based on the 6-issue comic book series released by Radical Publishing, which was also created by Bousman.  Abattoir is set to be released simultaneously in theatres, Digital HD and VOD on December 9th, 2016.

Stay tuned to HNN for further updates on this developing situation! 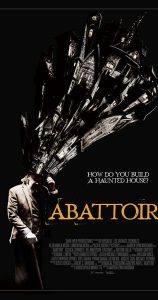