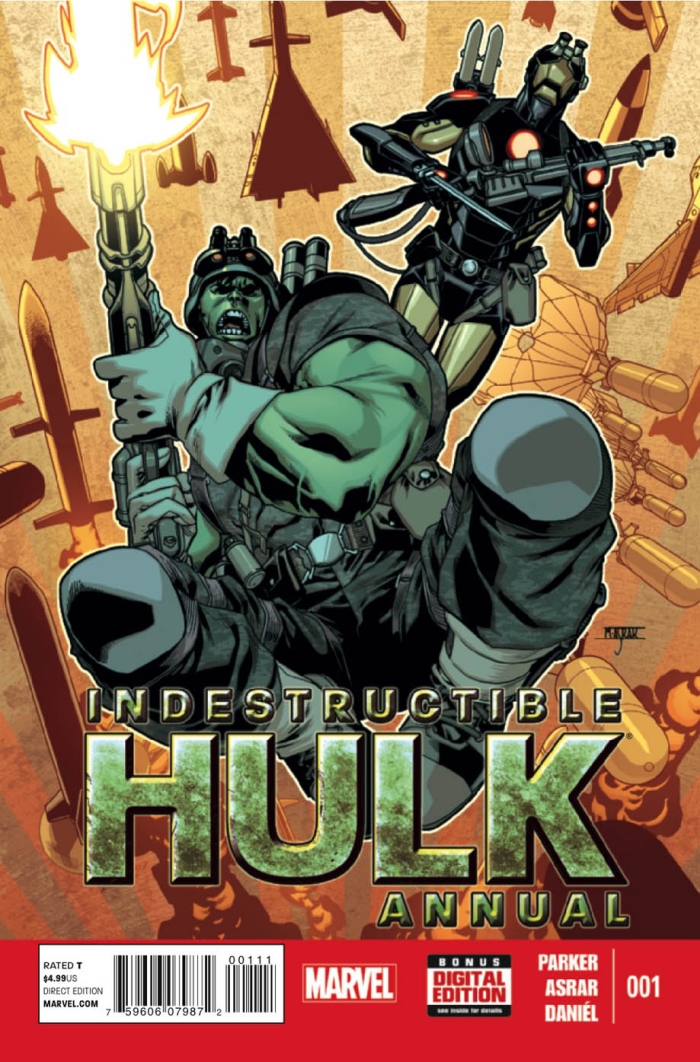 Marvel Comics has provided us a preview of the new Indestructible Hulk Annual comic.

Guest-starring Iron Man. Before Bruce Banner and Tony Stark became heroes, they built weapons. But who inspired them? One of Bruce’s lab assistants has unraveled a mystery from their past. Now S.H.I.E.L.D. must send Hulk and Iron Man to retrieve one of the greatest weapon designers of all time. Will they come back as weapons of mass destruction themselves?

Written by Mark Waid
Art by Mahmud A. Asrar
Cover by Mico Suayan