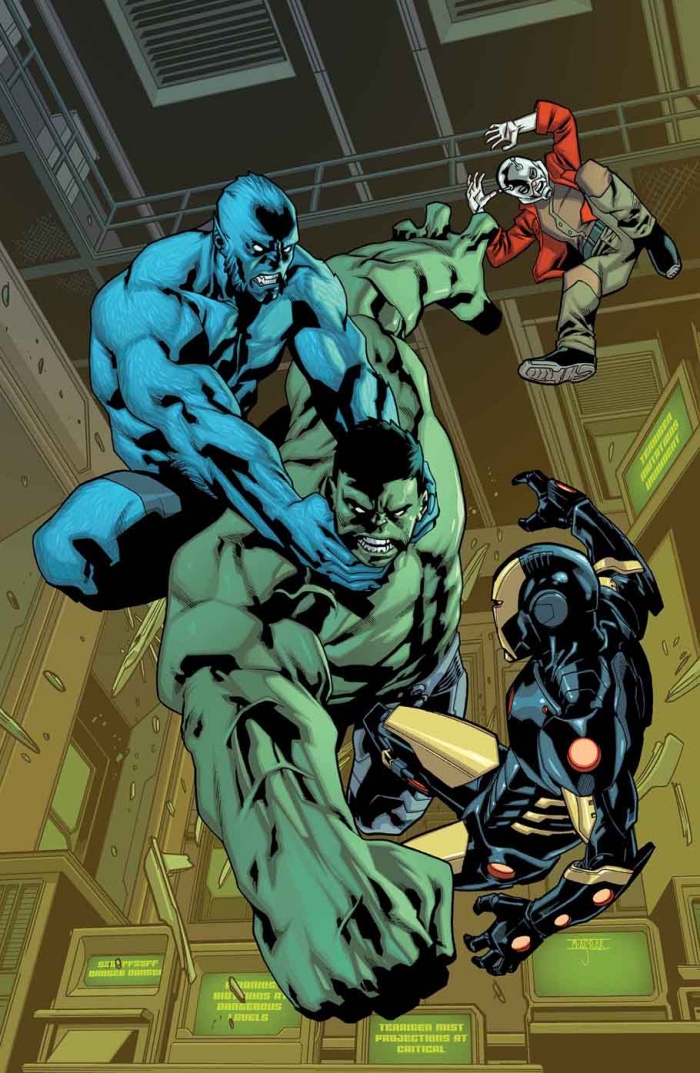 Marvel Comics has provided us a sneak peek of the new Indestructible Hulk comic.

The Terrigen Mists are spreading across the globe — awakening thousands of dormant Inhumans. To combat the threat, S.H.I.E.L.D. has called in the world’s foremost authority on transformative radiation — Dr. Bruce Banner!

Now, Banner races against the clock to solve a problem the Hulk can’t smash! But he’ll have to get through Iron Man, Hank Pym and the X-Men’s Beast first! Now that’s a problem the Hulk can smash! Plus, which one of Banner’s lab assistants has fallen to the Terrigen Mists — and what does that mean for the rest of them?