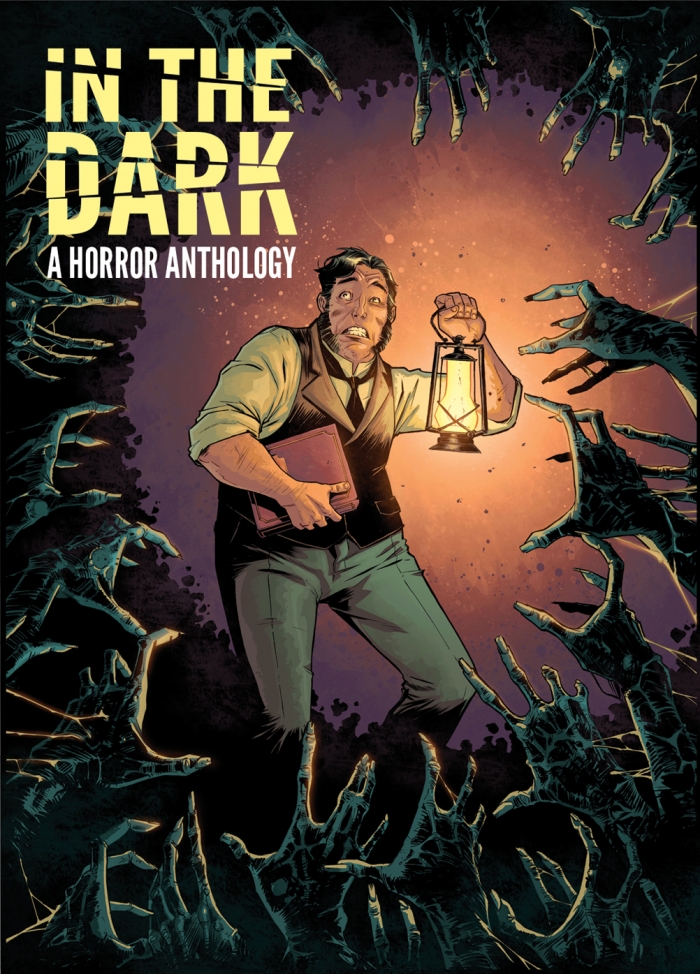 In The Dark in April

A Collection Of All-New, Original Terror Tales From The Darkest And Most Brilliant Minds In Comics

San Diego, CA (January 9, 2013) – The terror tome that has all the horror hounds frothing, In The Dark, is poised to make its debut this April! Featuring top writers and artists from the comic-book industry, In The Darkcontains over 20 all-new, original horror stories that you’ll want to read with the lights on.

“This book is the 8-year-old Rachel’s dream come true. I wanted to make something that, had I found it on the shelves as a kid, would have been my favorite book of all time,” says Rachel Deering, In the Darkeditor and project manager. “I wanted to give this generation a chance to feel that macabre magic that held me spellbound when I picked up my first horror anthology comic, and I can only hope it serves the scare the crap outta readers, young and old, for years to come.”

Along with the terrifying original stories, this over 250-page hardcover will feature an introduction by New York Times Bestselling author Scott Snyder and an in-depth look at the history of horror comics by comic book historian Mike Howlett.

“Rachel has assembled an amazing team for In the Dark,” said Chris Ryall, IDW’s Chief Creative Officer/Editor-in-Chief. “I know well how difficult it can be to put together an anthology at all, let alone one with solid creative teams from front to back, and that is exactly what Rachel has done here. The book’s successful Kickstarter campaign speaks to peoples’ interest in this project, and I’m excited that IDW can help bring the book to an even wider audience.”