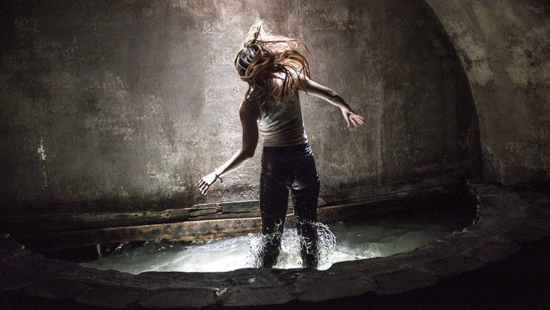 The Hollywood Reporter exclusively reported today that IFC Midnight has bought the North American rights to the psychological thriller ‘The Confines’.  The film made its world premiere at the Los Angeles Film Festival and stars stars Jason Patric and Louisa Krause.  The film centers around a struggling single mother (Krause) who takes a late night job in security at an apartment building with a terrifying history.  She starts to question her sanity when her apartment security partner and a local vagrant start toying with her, and she finds herself in the rotting catacombs under the building.  Mark Margolis  co-stars. The film is directed by Eytan Rockaway and was scripted by Ido Fluk.

Rockaway said “As filmmaker from New York, I’ve always looked at IFC for their stamp of quality.”

Arianna Bocco (SVP of acquisitions for Sundance Selects/IFC Films) negotiated the the deal with CAA (on behalf of the filmakers).