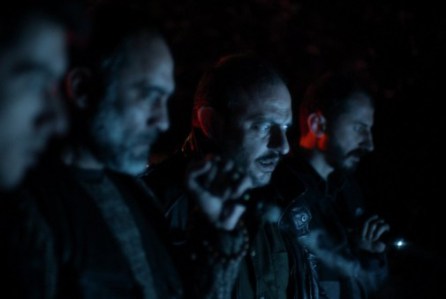 IFC Midnight has acquired the U.S. rights to ‘Baskin’ which premiered at TIFF 2015.  Can Evrenol directs the film, which centers around five cops who are working the night shift when they get called to investigate a disturbance.   Without any backup, they end up inside a labryinthine ruin that hides the bloody den of a group of horrifying cultists. The result is bloody violent madness.