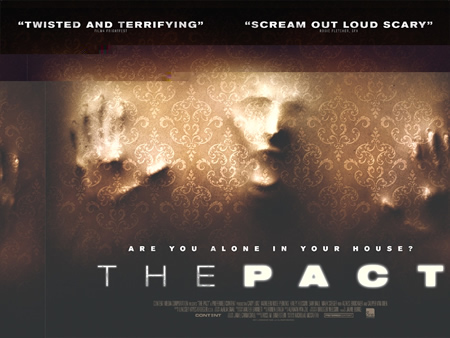 IFC Midnight has acquired the US tights to The Pact 2. The sequel which is both written and directed by Dallas Hallam and Patrick Horvath, introduces June (Camilla Luddington), a woman whose carefully constructed life is beginning to unravel due to lucid nightmares so awful they disturb her waking life. Actors Haley Hudson, Mark Steger, and Caity Lotz return from the first film joined by Patrick Fischler (Mad Men) and Scott Michael Foster (Zero Hour).