I’ve been hearing murmurs about I Hate the Man in My Basement for a while now. I tend to read up on film festivals and this film has been a festival darling for a few years so I was psyched to see that it finally got a VOD release from Gravitas Ventures. Oddly though, I am damn-near positive that I’d seen Basement referred to as a horror film…well, not so much. Thriller…maybe? Closer to a drama with comedic elements thrown in for good measure. Anyway, no need to pigeon-hole a good film because I Hate the Man in My Basement is, in fact, a good film.

Written and directed by feature-length film newcomer Dustin “Macho Man” Cook, Basement is about a seemingly normal, everyday guy named Claude (Chris Marquette) who is harboring a huge secret, a secret that’s not really a secret since they spill it right at the beginning of the movie…hell, they spill it right in the title of the movie – Claude has a guy in the basement…and no, not figuratively; he quite literally has a dude chained up in his basement.

Despite this, Claude seems to be living a pretty normal life: he’s grieving over the death of his wife, yet he kicks ass at his job and still manages to be social, if a bit cold, with friends and co-workers. One of his co-workers, who also appears to be his best friend, is a guy named Riley (Jeffrey Doornbos) who is basically a Jake Busey clone (yeah, he’s as annoying as that sounds). Riley’s apparent job in life is to try and get Claude hooked up with a girl which has led to a handful of bad “blind date” experiences until one of these dates leads Claude to meet a dance instructor named Kyra (Nora-Jane Noone). Despite the fact that Claude is not really looking for anyone, he can’t stop thinking about Kyra and eventually asks her out.

So, Claude and Kyra begin an oddly charming courtship. There’s a lot of cuteness and a little hip-hop dancing but there’s still something eating away at me while I’m enjoying the humor and their budding romance…oh yeah, it’s the fact that Claude has a dude chained up in his basement.

Never one to spoil anything, I’ll let you give Basement a watch to find out why Logan (the dude chained up in the basement) is there and whether he gets out.What I will tell you is that Basement is a clever film that is incredibly well-acted. Chris Marquette (Just Friends, Fanboys, Barry) is hysterical when he needs to be but also hits all the right notes as a man grieving the loss of a spouse and exploring a potential new relationship and Nora-Jane Noone (The Descent, Doomsday) is a literal gem – super funny, sexy, and caring…if Marquette wasn’t so good in his role, Noone would steal the show; the pair compliment each other perfectly on screen. Also, a great performance by Manny Montana as…you guessed it…the dude chained up in the basement (Logan); in a role that could have easily been a throwaway, he made it really quite memorable.

While I Hate the Man in My Basement isn’t perfect, it’s damned good and one that is more than worthy of your time. I look forward to the future of Dustin Cook as a filmmaker. 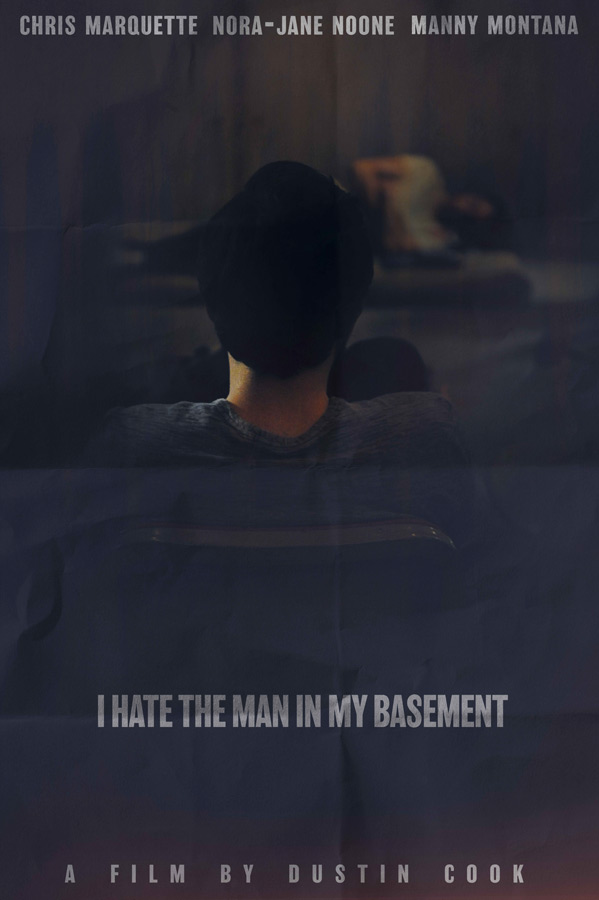 dustin cooki hate the man in my basementindie
Share
FacebookTwitterRedditEmail

THE WITCH Coming to Blu-ray & DVD May 17