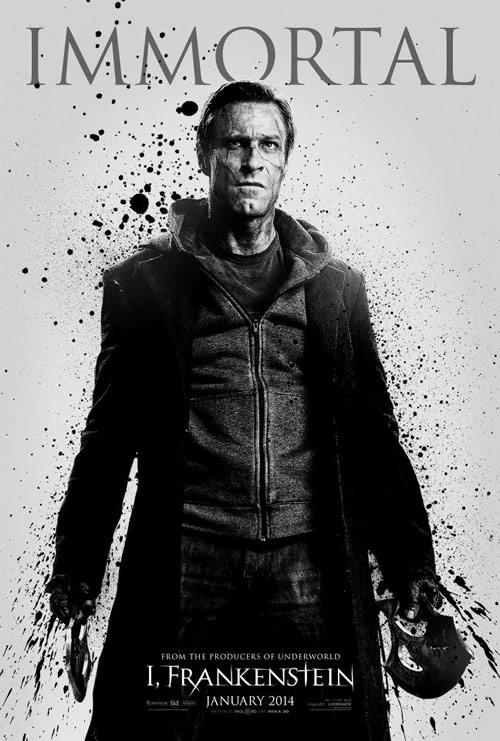 I Frankenstein to be remastered for IMAX Theaters

IMAX Corporation (NYSE:IMAX; TSX:IMX) and Lionsgate (NYSE:LGF) announced today that I, Frankenstein, starring Aaron Eckhart, will be digitally re-mastered into the immersive IMAX format and released into IMAX theatres across the U.S. beginning January 24, 2014 as well as a number of international territories.

“I, Frankenstein is the kind of action thriller IMAX fans seek out,” said Greg Foster, CEO of IMAX Entertainment and Senior Executive Vice President, IMAX Corp.  “The producers certainly have a strong track record – with the Underworld franchise having grossed more than $460 million at the global box office – and we’re excited to team up with them once again as they launch this all new cinematic world.”

“We’re very pleased to extend our longstanding partnership with IMAX around the world, and we’re thrilled to bring audiences an immersive experience in IMAX that will give resonance to I, Frankenstein’s visual scope and effects,” said Lionsgate President of Domestic Theatrical Distribution Richard Fay.

The IMAX release of I, Frankenstein will be digitally re-mastered into the image and sound quality of The IMAX Experience with proprietary IMAX DMR (Digital Re-mastering) technology. The crystal-clear images, coupled with IMAX’s customized theatre geometry and powerful digital audio, create a unique environment that will make audiences feel as if they are in the movie.

200 years after his shocking creation, Dr. Frankenstein’s creature, Adam (Eckhart), still walks the earth. But when he finds himself in the middle of a war over the fate of humanity, Adam discovers he holds the key that could destroy humankind. The action thriller I, Frankenstein is written for the screen and directed by Stuart Beattie from a screen story by Grevioux and Beattie. The film is brought to life by a cast that includes Eckhart, Bill Nighy, Yvonne Strahovski, Miranda Otto, Socratis Otto, Jai Courtney, Kevin Grevioux, Mahesh Jadu, Caitlin Stasey and Aden Young as Victor Frankenstein. Lionsgate / Lakeshore Entertainment / Sidney Kimmel Entertainment present a Hopscotch Features / Lakeshore Entertainment / Lionsgate / Sidney Kimmel Entertainment production.

For more information about I, Frankenstein, please visit Lionsgate’s official website at http://www.lionsgate.com/movies/ifrankenstein/