Hulu revealed the official poster and release date for their upcoming film Books of Blood. The poster, which would even make Clive Barker smile, features a man who has and an old, damaged book as a face. The bottom of the poster reads “All Stories End Here.”

As we reported back in June, the film will tell three creepy tales based on Barker’s works and will headline Hulu’s Huluween event. The series is set to star Britt Robertson, Yul Vazquez, Anna Friel and Rafi Gavron. Rounding out the cast is Saad Siddiqui, Cory Lee, Andy McQueen, Seamus Patterson, Etienne Kellici, Catherine Burdon, Glenn Lefchak and Sean Skerry.

Books of Blood is written and directed by Brannon Bragga with Seth McFarlane acting as executive producer. The official synopsis from the streaming giant reads: Based on Clive Barker’s acclaimed and influential horror anthology BOOKS OF BLOOD, this feature takes audiences on a journey into uncharted and forbidden territory through three uncanny tales tangled in space and time.

The film is set to premiere on Hulu on October 7. Stay tuned to Horror News Network for more on Books of Blood. 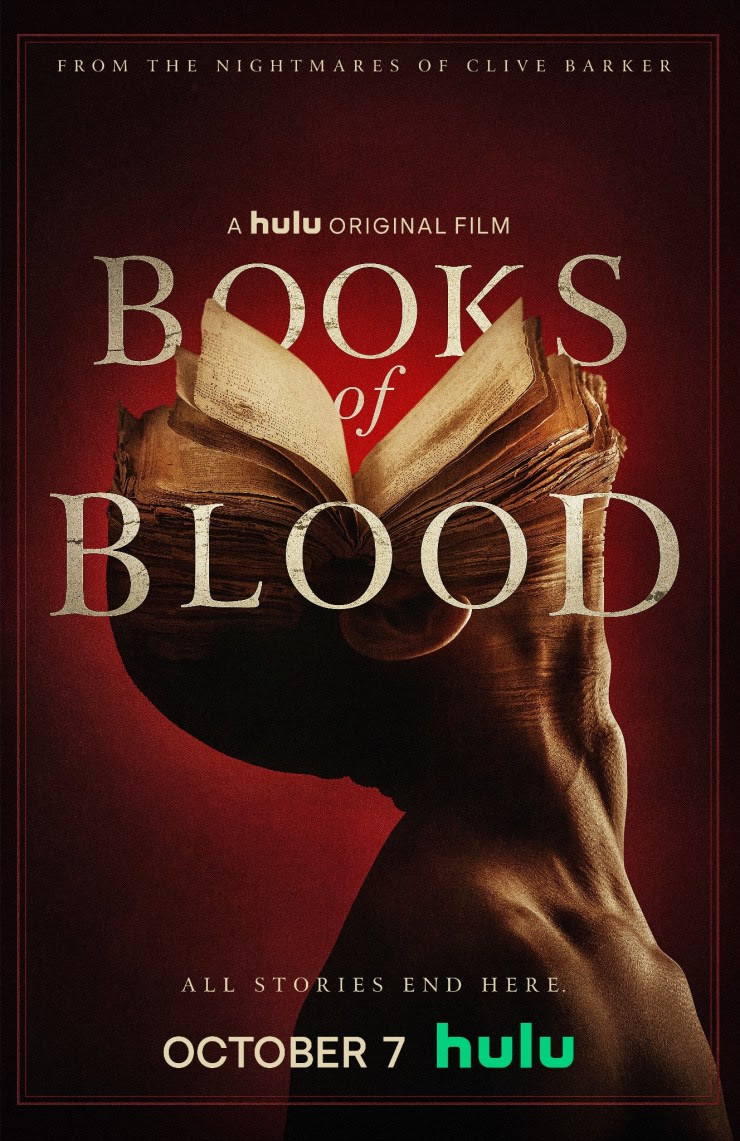