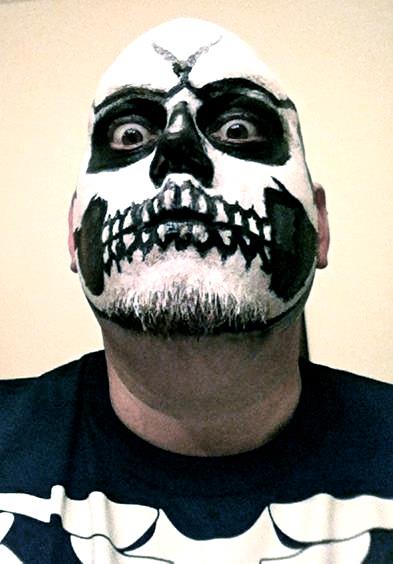 Yes! It's that time of the year when fellow staffer Sean McLaughlin and I get ready to venture out to Poughkeepsie, NY for our favorite film festival. If you're in the area, and even if you're not in the area, you should consider joining us for the fantastic lin-up of films they have put together for us this time around: "Army of Darkness", "Texas Chainsaw Massacre 2", Fulci's "House by the Cemetery" and two more crazy films to get your blood pumping.

Do yourselves a favor and join us for a great day of horror, fun trailers in between films and awesome vendors to blow your money on this Saturday June 8th.

See their press release below for more info:

Listen up you primitive screw heads! The greatest horror and exploitation film festival in the Hudson Valley, Hudson Horror Show, returns to the famed Silver Cinemas South Hills 8 in Poughkeepsie, New York on Saturday, June 8th, 2013! This show is lucky number seven and it will feature five full length classic genre films along with shorts and drive in style trailers, all of rare 35mm film prints!

Advance Tickets are on sale now and are only $26.00 via PayPal. Advance ticket holders save money and will be admitted first. If any tickets remain they will be available at the door on the day of the show for $30.00, cash only.

As the saying goes, either you are in, or you are in the way! Well, Pope Benedict is out and in his honor we are proud to present the Hudson Valley Premiere screening of GONE WITH THE POPE! Duke Mitchell, who directed and starred in the legendary Massacre Mafia Style, also stars and directs this similarly themed but seldom screened exploitation flick. The film was thought to be “lost” as it was made in the 70’s, but not released until 2010! The discovered film was put together by the great folks at Grindhouse Releasing (including Academy Award winner Bob Murawski) and garnered rave reviews. This screening will be the first time Gone With The Pope has ever played in the Hudson Valley.

Reaction to the trailer at our last show was so over whelming, we had to find the full length feature of the monster movie classic, INFRA- MAN! Starring Danny Lee from John Woo’s The Killer and featuring a pack of Asian monsters that specialize in Kung Fu, INFRA-MAN (also known as Super Infra-Man) is a 70’s drive in schlocktacular from the legendary Shaw Brothers. OK, maybe it’s not a classic, but I guarantee you that you will be entertained by the sheer insanity of it all!

Texas Chainsaw Massacre 3D recently made the rounds in all its modern glory, so in its wake, Hudson Horror is proud to present the very best of the TCM sequels, TEXAS CHAINSAW MASSACRE PART 2! Starring Hollywood icon Dennis Hopper and cult film legend Bill Moseley as “Chop Top”, TCM2 is by far the most beloved of the Chainsaw sequels and reinventions. Who would want to miss the chainsaw duel between Dennis Hopper and Leatherface? Be sure to be at Hudson Horror 7 to view a rare screening of this unrated 35mm print.

Speaking of reboots, the Evil Dead remake is almost upon us. While this new Evil Dead doesn’t feature an “Ash”, we can revel in the insanity of Bruce Campbell’s biggest battle against the Deadites in ARMY OF DARKNESS! I’m sure many Hudson Horror devotees didn’t catch the final entry in the original Evil Dead trilogy theatrically in 1993 and as such we are overjoyed to present this 20th Anniversary screening of Sam Raimi’s ARMY OF DARKNESS.

We are so excited about our mystery movie, we can’t keep a lid on it! Our “mystery movie” for Hudson Horror 7 can now be revealed as…drum roll please… Lucio Fulci’s HOUSE BY THE CEMETERY!! It’s Italian, it’s got tons of gore, it’s got Catriona MacColl, it’s a beautiful unrated 35mm print, oh, Fulci, we love you! Our lineup is now complete and this could be our best show yet.

Besides the five movies, we’ll be showing vintage drive in trailers, we’ll have vendors selling horror merchandise, and there will be door prizes, trivia contests and so much more. If you are interested in selling or promoting your wares, or if you just have questions regarding our show, send us an email to info@hudsonhorror.com. Buy your tickets now and watch our website and Facebook pages for more announcements. We’ll see you on June 8, 2013 for Hudson Horror Show 7!