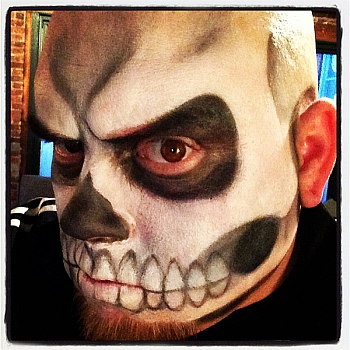 Hudson Horror Show is back!

Much to our delight, the East Coast’s favorite 35mm horror and exploitation film festival has announced that its triumphant return will take place on August 9th!

While there are no announcements yet regarding the films to be shown, just the announcement of a solid date is enough to keep the Hudson Horror faithful salivating as the fest’s return was uncertain at best. For those who don’t know the scoop, Chris Alo and friends have been doing this film festival at the Silver Cinemas South Hills 8 in Poughkeepsie, NY since its inception in 2010. The crew got their hands on original 35mm cuts of horror greats and cult flicks and would show them on the big screen with some old school movie trailers in between.

Well, the guys were planning the ninth installment when the owners of Silver Cinemas South decided to sell leaving our heroes in the lurch! Alas, a few short months later, the theater has been purchased and renamed Empire South Hills 8 and while the new owners made the big switch to digital for the rest of the theaters, they made sure that one theater had the capability to run the 35mm films…and there was much rejoicing and all is well for the world of 35mm horror.

You can follow the Hudson Horror Show on Facebook for updates and we will also be sure to keep you guys posted as the films for the ninth installment are announced and you can bet your ol’ granny’s false teeth that Horror News Network will be in attendance to join in on the fun, partake in a sweet raffle and to discuss our upcoming CT HorrorFest taking place two short weeks after Hudson Horror!

August is certainly shaping up to be a killer month!