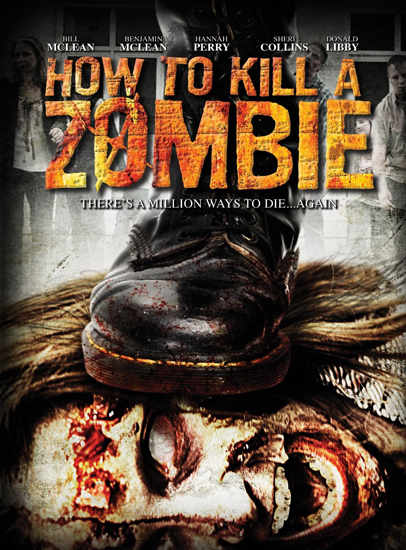 ‘How to Kill a Zombie’ – Review

‘How to Kill a Zombie’ – Review

Synopsis: Mack Stone is trying to raise his son Jesse to be a survivalist and a real man. Jesse just wants to do his own thing in his own way. Can they somehow learn to see eye to eye during a zombie holocaust, find some suitable mates, and save humanity?

Our Thoughts: ‘How to Kill a Zombie’ is an amusing, campy take on the zombie genre, centered around a father and son who are far too ready for an apocalypse.

Mack is in the middle of teaching his son the ways of the survivalist when they hear on the radio of a horde attacking people. They realize that the apocalypse is happening when a man, who is obviously a zombie, is attacking a woman. After killing several zombies, son Jesse starts keeping track of all of the ways you can kill them. Realizing that they may be some of the last surviving humans, their thoughts quickly turn to finding mates. Along the way, they meet several other survivors, many of whom are as dumb as, if not dumber than they are. As a result, hilarious chaos ensues.

Both Mack and Jesse are bumbling idiots of sorts, however they are able to survive while others are not. While much is to be desired as far as acting, the lack of superior talent adds to the film, making it all the more funny. In addition, they make good use of practical effects for the gore.

The film is made by the McLean family, written by stars Bill Steven McLean and Ben McLean, and directed by Tiffany McLean. You can tell the film was a blast for them to make. ‘How to Kill a Zombie’ is a fun addition to the zombie genre.

Lynn, Thank you so much fro your kind words and honest review of our film. It was our first foray into this genre, and we have more upcoming with better scripts, etc. We like to learn and improve…