Lemire navigated the 2019 Horror Comic Award-winning series, Gideon Falls, towards its final act in 2020. The series, which centers on a man who becomes obsessed with a conspiracy in the city’s trash, and a washed-up Catholic priest who become obsessed with the legend of The Black Barn, an otherworldly building that is alleged to have appeared in both the city and the small town, throughout history, bringing death and madness in its wake.

Family Tree combines mystery, action, and Cronenbergian body horror into an epic story about the lengths a mother will go to keep her children safe in the face of an increasingly unstable world and unspeakable horrors.

In Joker: Killer Smile, Lemire crafts a chilling Joker story which follows the confident, world-beating Dr. Ben Arnell as he attempts to dive into Joker’s psyche.

Lemire has a solid horror history including his work on The Nobody, Animal Man, Frankenstein: Agent of S.H.A.D.E., Justice League Dark and Constantine.

Stay tuned to Horror News Network for the latest on the 2020 Horror Comic Awards. 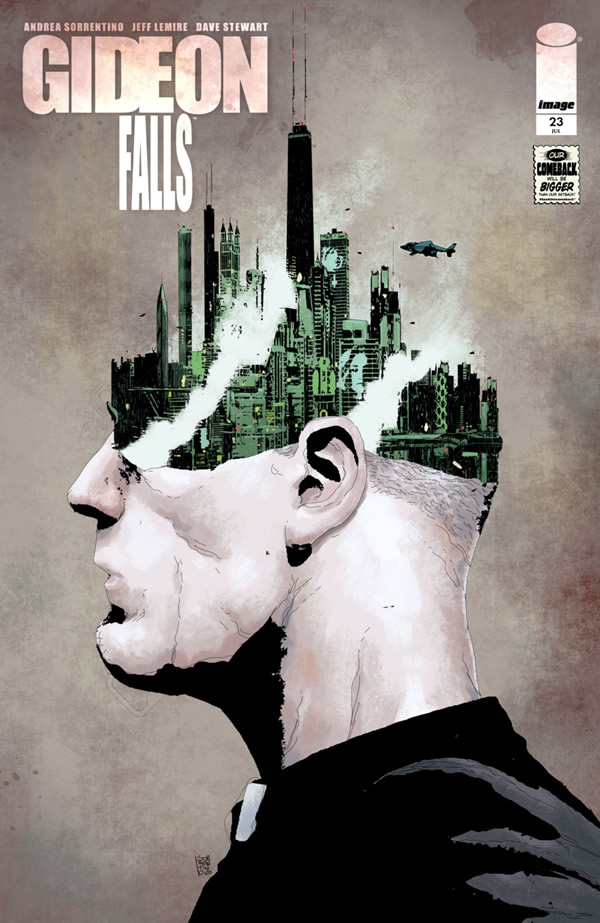