While the horrors of 2020 won’t soon be forgotten, neither will the genre comics produced this year. Perhaps it was kismet, or just plain luck, but fans of horror comics had a great selection of books to read in 2020.

Like all awards, our search to select the best takes us through publishers big and small with mini-series being no exception.

After reading dozens of mini-series, we found the one that creeped its way to the top of the hill. Having its first issue released by Action Lab Entertainment in March 2020, Sweet Heart was written by Dillon Gilbertson and featured art by Francesco Iaquinta. The title follows citizens of Ellicott City, who are being relentlessly stalked by creatures that live among them. When a young boy named Ben is chosen by the monsters, his mother struggles to cope with her son’s impending death. Without giving away spoilers, wrapped in the macabre comic world, is a commentary on real world problems.

Sweet Heart stands out due to the fact that it is more than just simple a monster story. What Gilbertson does in this title is an interesting take on how to make a creative horror comic. Iaquinta provides wonderful illustrations that help set an intense eerie mood.

Sweet Heart was an excellent title that deserves to be on every horror comic fans shelf.

Stay tuned to Horror News Network for more on the 2020 Horror Comic Awards. 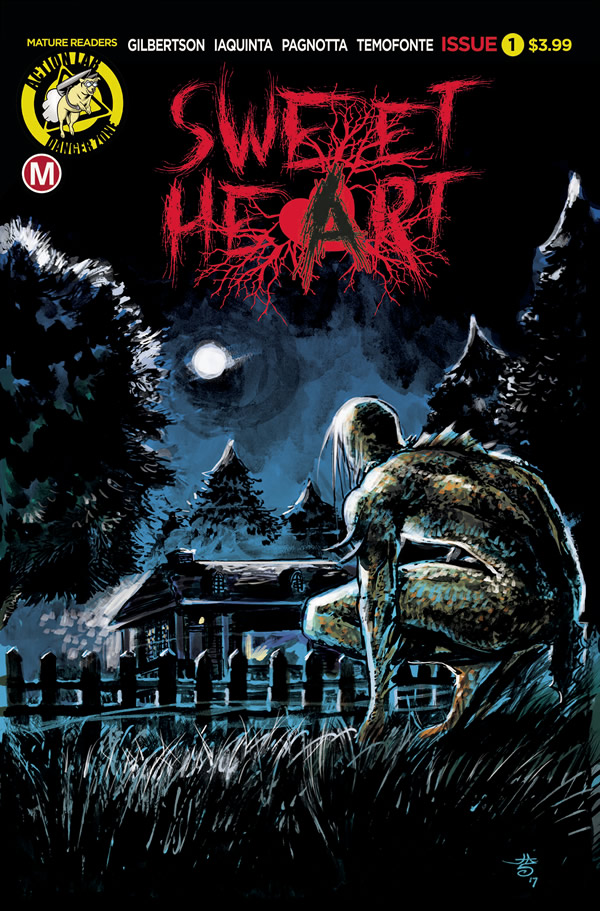