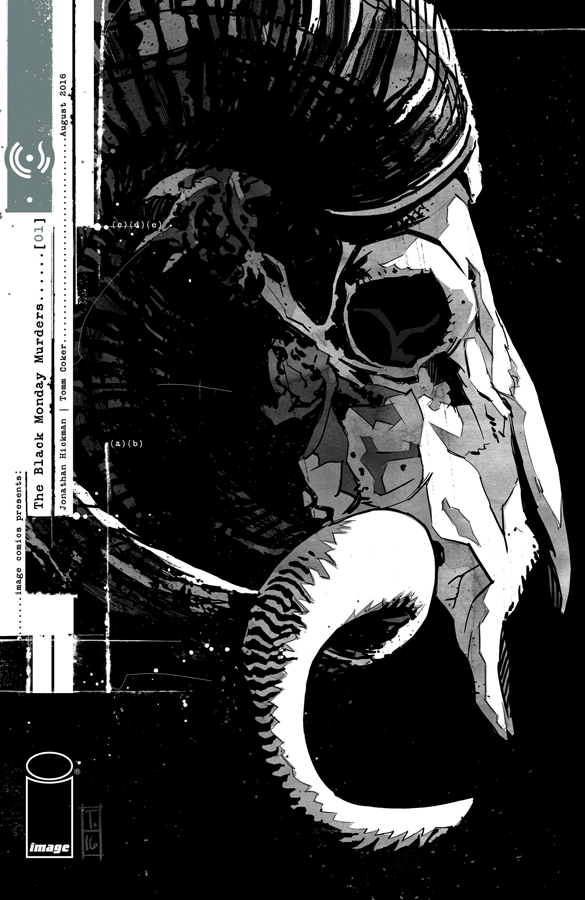 Written by Jonathan Hickman with art by Tomm Coker, The Black Monday Murders is an elaborate story involving clandestine banking cartels, Russian vampires, Black popes, magical one-percenters, and more oddities in a world that resembles our own a little too much. 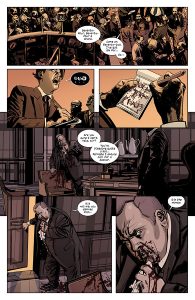 Jonathan Hickman is no stranger to modern comic book fans, most notably for critical and financial successes such as Fantastic Four (some of the best work ever done on the series), FF, Avengers, and Secret Wars.   Marvel fans may not be as familair with his work for independent publishers however and this is where Hickman is really able to “stretch his creative muscles” with Image titles as Transhuman, The Manhattan Projects, and East of West.   The Black Monday Murders is no different, as Hickman works with standard occult, horror, and film noir motifs applying his own unique sensibilities to them, yet he also anchors the story in a believable setting.

Artist Tomm Coker provides an additional dose of realism and dark tones through his art style.  Coker has worked infrequently in the medium over the last few years, but his work on The Black Monday Murders has certainly drawn attention to the artist.

The Black Monday Murders will undoubtably continue in the future due to the success of the project (the first issue went through four printing), and although there have been no announcements yet, fans can stayed tuned to Horror News Network for up-to-the minute coverage on the title and all things horror.