“The world is full of terrible things and we are defenseless creatures, surrounded by inexplicable forces…” – Don Juan Matus

Any movie that opens with a quote from a Yaqui sorcerer can’t be all that bad, right?

Coming to Video OnDemand January 19th from XYZ Films, Legions is the first feature from Argentinian filmmaker Fabián Forte, who was the assistant director on one of my favorite films of 2018, Terrified.

From the press release: A powerful sorcerer, Antonio Poyju (Germán De Silva), is locked away in an asylum, and wastes away in his imprisonment as evil, demonic forces take control of Argentina. If Antonio can escape the psychiatric hospital and find his daughter, Helena, their combined strength could save Argentina… but Helena has forgotten her powers. Now Antonio must reteach her the ways of magic… and be humanity’s last hope against ancient evil!

After the majestic quote mentioned above, the movie goes into a voiceover from Antonio explaining to someone who, rather what he is: “a medicaster, shaman, sorcerer”. He explains that his lineage runs deep and that generations before him have had these powers and have used them to fight demons. A young Antonio is then shown sitting outside of a hut in a dense jungle wearing a ceremonial mask. A young woman is brought before him as he removes his mask and starts to go to work.

The body of the possessed woman begins to contort violently and reveals a face not unlike the Evil Dead deadites. After a struggle, he appears to have defeated the demon, but not before the fleeing demon curses Antonio and his offspring (uh-oh).

Now we cut to present time where we see that Antonio is much older and is telling his story from the confines of a wheelchair to a small group of people…inside a mental institution. The folks at the mental institution are putting on a play based on the stories of Antonio’s exploits as a shaman (not stories, but “life experiences” as he corrects them multiple times).

We learn that at one time Antonio had a wife and child while still in the jungle. When his wife was killed by the demon he’s been chasing (Kuaraya), he was left alone to raise his daughter Helena. When still a child, his daughter was gifted a necklace which would help her keep faith in the old ways of her family. However, the necklace was stolen by Kuaraya and Helena loses faith, not only in the old ways, but also in her father. Now, years later, Antonio realizes that the demon has returned to claim his daughter and he must escape the hospital to save her.

While there is a strong (if sometimes slow) story throughout most of the film, Legions misses the mark with a somewhat convoluted third act; it becomes slightly wonky and confusing toward the end, and I found the lack of dialogue an odd choice. But, like the rest of the movie, the cast delivers great performances and there are some awesome FX gags so don’t let this stop you from watching.

Legions has a deeper purpose than the blood, guts, and comedy that are promised in the press release; the blood guts and comedy are there, don’t worry…but it’s more a tale of generational divide and an unwillingness for family to compromise and accept each other as individuals. Legions has heart and I look forward to seeing the next adventure that Fabián Forte brings to the screen. 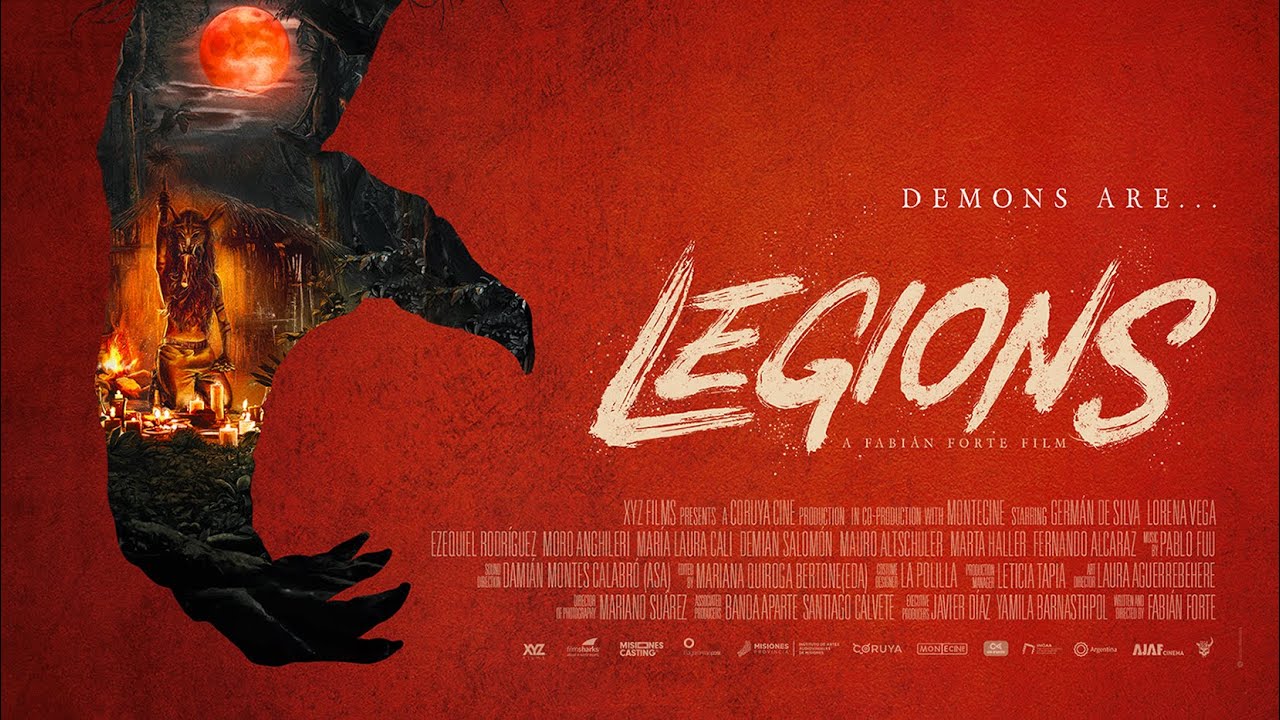 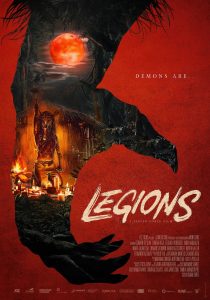 FilmSharks Swims Away With Worldwide Rights To Horror Flick ‘Legions’