As Pontius Pilate enigmatically asked: “What is truth?”

Well, a brilliant comic book horror series is trying to answer that age-old question. And in recognition of its efforts, The Department of Truth from Image Comics has been singled out as the Horror News Network 2021 Best Series of the Year.

The Department of Truth–which won the 2020 Best Cover Award–is a unique series, one that shows the horror in the duplicity and the shadows of everyday life. What–and who–do you believe?

The story follows Cole Turner, who has studied conspiracy theories his entire life, but who is not at all prepared for what happens when he finds out they’re all true. From the Kennedy assassination to the flat Earth theory to reptilian shapeshifters.

And one organization has been covering them up for years. For generations. What is the deep, dark secret behind The Department of Truth?

Written by Eisner Award-winning author James Tynion IV, illustrated by Martin Simmonds and lettered by Aditya Bidikar, The Department of Truth is as much a tense political thriller as it is a horror story. Tynion’s crackling script–coupled with Simmonds’ stark and shadowy take on the artwork and Bidikar’s unique lettering–make for a must-read comic.

Congratulations to Image Comics and the entire creative team of The Department of Truth for winning the Horror News Network 2021 Best Series of the Year Award. 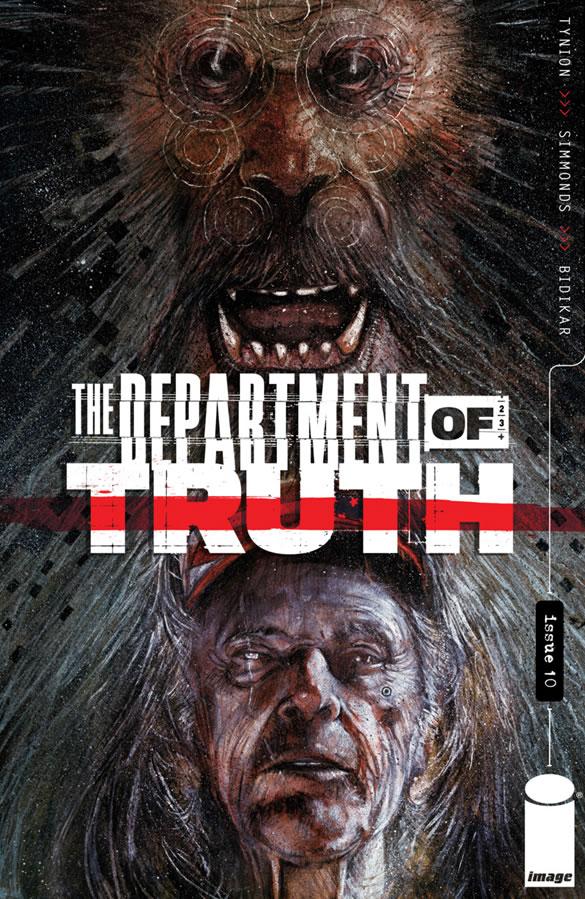