You really can tell a book–especially a horror comic book–by its cover.

And this past crazy year of 2021 was rife with terrific covers on a wide variety of titles. But Horror News Network has singled out one cover for special recognition. Our 2021 Cover of the Year goes to The Autumnal No. 8 from Vault Comics.

The man behind the cover–as well as the striking interior art–is rising star Chris Shehan, co-creator of The Autumnal and Nightfall series from Vault. Shehan–who also has drawn interior art and covers for such titles as Prometheus and Deadbeat–currently is working on the House of Slaughter series for BOOM! Studios, a spinoff of the popular Something is Killing the Children series.

The eight-issue The Autumnal series–written by New York Times bestselling author Daniel Kraus–welcomes readers to Comfort Notch, New Hampshire, Kat Somerville’s hometown. And a place where she and her daughter Sybil are trying to settle into a new life. But Kat soon learns that, sometimes, home is best forgotten.

Congratulations to Chris Shehan on winning the Horror News Network 2021 Cover of the Year Award. 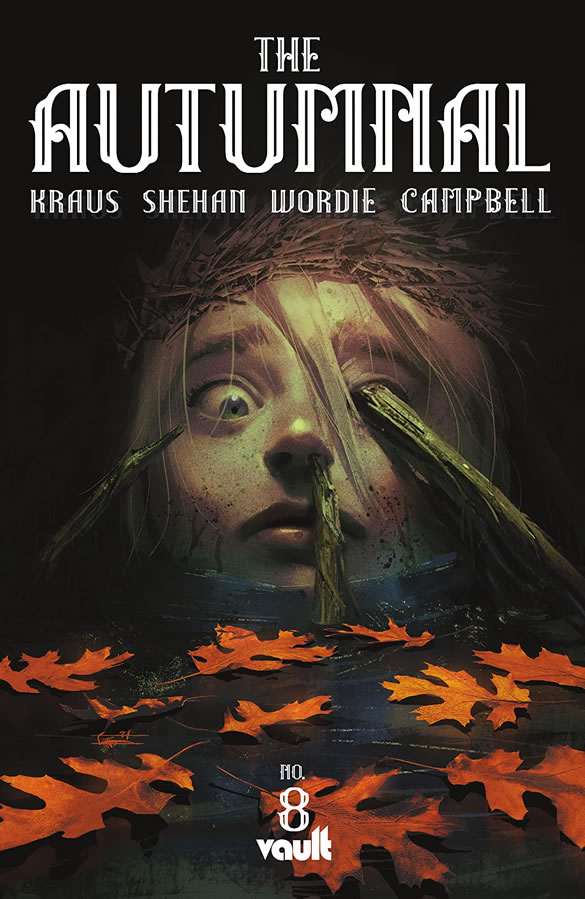 Daniel Kraus and Vault Comics Unleash Dread With ‘The Autumnal’