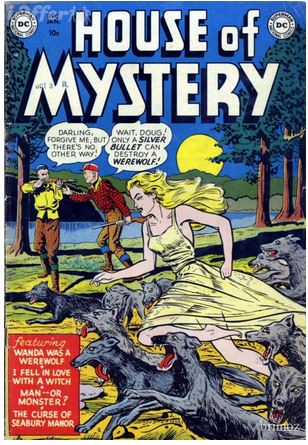 Horror Hunting! For the Week of July 1st

Welcome to another fine week of Horror Hunting!  Independence Day is just a few short days away, so “let’s kick the tires and light the fires, big daddy.”  This week we’ll check out a couple of cool current auctions that both comic and doll (sorry….ACTION FIGURE ha ha) collectors are sure to dig.  Without further adieu, away we go…….

Over at online auction site iOffer, you have the opportunity to own five (5) discs worth of classic DC Horror Comics, everything from the 1970s “Tales of Ghost Castle” to 2012’s “Ghosts”.  Apparently, ghosts are a pretty prevalent horror theme with the folks over at Detective Comics.  These retro comics have a serious grindhouse feel, and this is a good collection for any comic collector who doesn’t mind not having the actual hardcopy magazine.  This listing will set you back $25.50, but that includes free shipping.  Check it out:

So a funny thing about exclusive pre-sales…..more often than not, the item is sold out before actually hitting the shelves.  Unfortunately, that’s the situation with the good folks over at Mezco and their wickedly cool Living Dead Dolls line.  In honor of their 16th year in production (nice job!), Ed, Damien and Mez created the 16th Anniversary White Posey doll, once again complete with coffin box and death certificate.  Of course, as with all cool pre-sales, all units were claimed before that clock struck 1pm Eastern on June 13th (the “official” sale date).  But never fear, for those collectors who were faster than you at submitting their credit card information are here to the rescue.  For a price, that is.  While the pre-sale price was $40, Posey will now set you back about double that (currently going for between $78 and $89 on eBay).  Still, this limited edition piece is worth the cost.  She’s as adorable as she is CREEPY…..and can be yours without the requisite trip to San Diego Comic Con 2014.