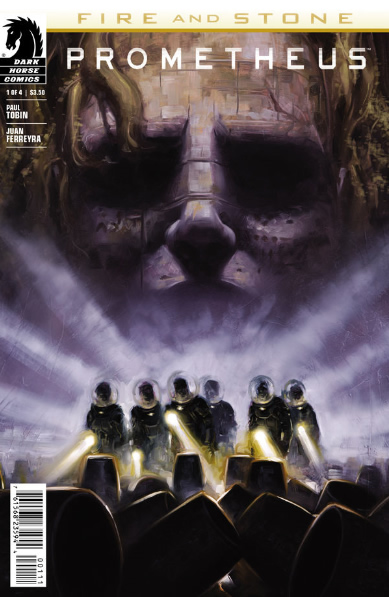 Paul Tobin is on fire these days, and that is great news for horror comic fans! And speaking of fire, he and artist tag-team partner from “Colder,” Juan Ferreyra, have teamed once again for the horror comic pick of the week, “Prometheus: Fire and Stone #1.” Why are they so drawn to heat and cold, I wonder? Anyway, this book ties directly into the movie so fans of “Prometheus” and “Aliens” will need to pick this up!

PROMETHEUS: FIRE AND STONE #1
Synopsis: When the Prometheus never returned from her fateful journey to LV-223, the questions surrounding the origins of man went unanswered. Now a new team of explorers seeks to uncover the dark mystery that holds not only the fate of the original mission, but possibly their own damnation. From Eisner Award–nominated team of Paul Tobin and artist Juan Ferreyra (Colder) and Dark Horse Comics.