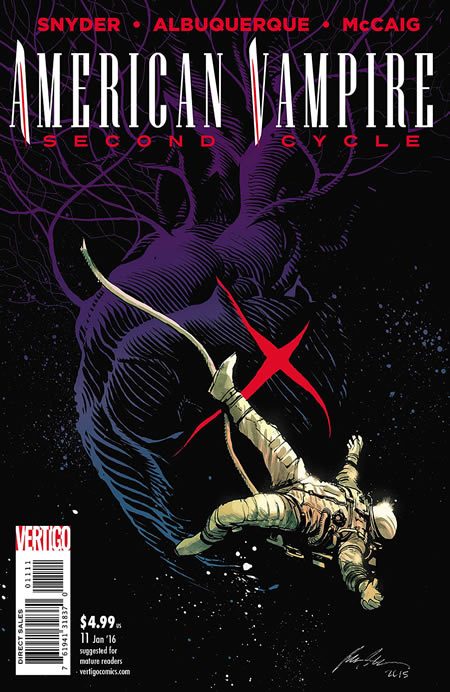 It’s that time again for the horror comic pick of the week. There are lots of great books out this week, but we are going with the finale of the second cycle of American Vampire.

Official Synopsis: From the depths of Area 51 to outer space, ‘Dark Moon’ has pushed our cast to the limit. Be there for the jaw-dropping finale, as the forces of the Tongue make their final shocking play. The great weapon-Issaku-is revealed as the battle for the soul of a country and our characters reaches its shocking climax. This extra-sized issue is the end for the Second Cycle of AMERICAN VAMPIRE.