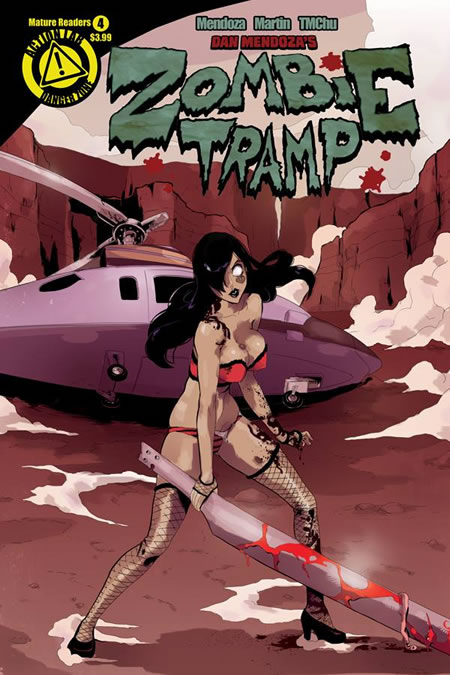 I’ve said this before and I’ll say it again: there really is nothing out there quite like the guilty pleasure of Zombie Tramp. This book is always over-the-top and it is this week’s Horror Comic Pick-of-the-Week. This issue concludes the first story arc so make sure you have caught up on the previous three issues first. Don’t be shy, pick her up!

The new hit series concludes its first gonzo story arc with a battle royale at the Grand Canyon!

Our undead anti-heroine turned slave-bride Zombie Tramp battles “The King” for her right to shamble on down the road, and not be eternally shackled to a rotting bloated man-pig…thank you very much! Features a “risque” variant cover limited to 2,000 copies! From Action Lab Entertainment: Danger Zone.