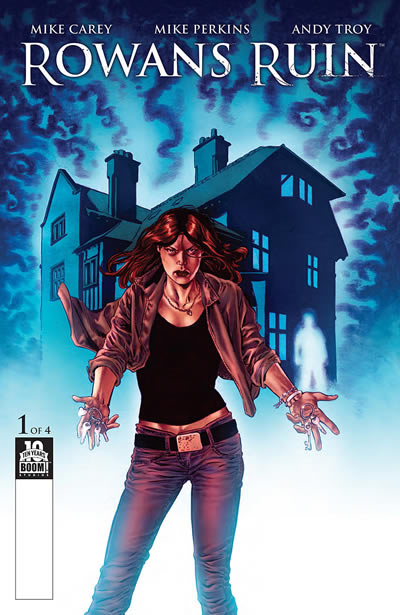 It’s Wednesday again and that means…new comics! It was especially tough picking just one book this week, but we are going with….Rowans Ruin #1.

Official Synopsis: The team of Mike Carey (Suicide Risk, The Unwritten) and Mike Perkins (Deathlok) come together for the first time since 2005’s Spellbinders for a taut horror thriller set in their native England. If you’re a fan of horror films like Insidious and The Conjuring, or comics like Curse and Nailbiter, you’ll love how Rowans Ruin unfolds as it slowly clues you in on the terrifying secret that is at the heart of the story. What It’s About: Katie has always had things pretty easy, growing up in comfortable circumstances in Florida. But when she finds herself with a long summer break before grad school, she decides to do a house-swap with a British girl, Emily, as a way to vacation relatively cheaply-and to get out from under her parents’ attentiveness. England is great, so different from Florida, and the house, called Rowans Rise, is charming. But soon she starts having nightmares-really, really, strong ones. Curious, Katie researches the owners of the house, and discovers it may have more of a sinister history than she thought.