Fans of horror comics had plenty of quality titles to read this year from both major and independent publishers. While the race for comic series of the year was a tight one, we have decided that the 2020 Horror Comic Series of the Year Award goes to Something is Killing the Children, from Boom! Studios. The title is written by James Tynion IV with art by Werther Dell’Edera.

The title centers on a town called Archer’s Peak—a sleepy town in the heart of America, where children started to go missing.  Most children never return, but the ones that do have terrible stories—impossible details of terrifying creatures that live in the shadows. Their only hope of finding and eliminating the threat is the arrival of a mysterious stranger, one who believes the children and claims to be the only one who sees what they can see. Her name is Erica Slaughter. She kills monsters. That is all she does, and she bears the cost because it must be done.

The busy writer, whose past genre work includes The Woods, Justice League Dark, Constantine, The Eighth Seal and Memetic, leads Something is Killing the Children in unexpected creepy directions while keeping readers glued to the page.

Dell’Edera is no stranger to horror either. He has previously worked on House of Mystery, The Crow: Memento Mori and Dylan Dog.

Congratulations to the creators of this series as well as BOOM! Studios for giving fans an amazing horror comic. 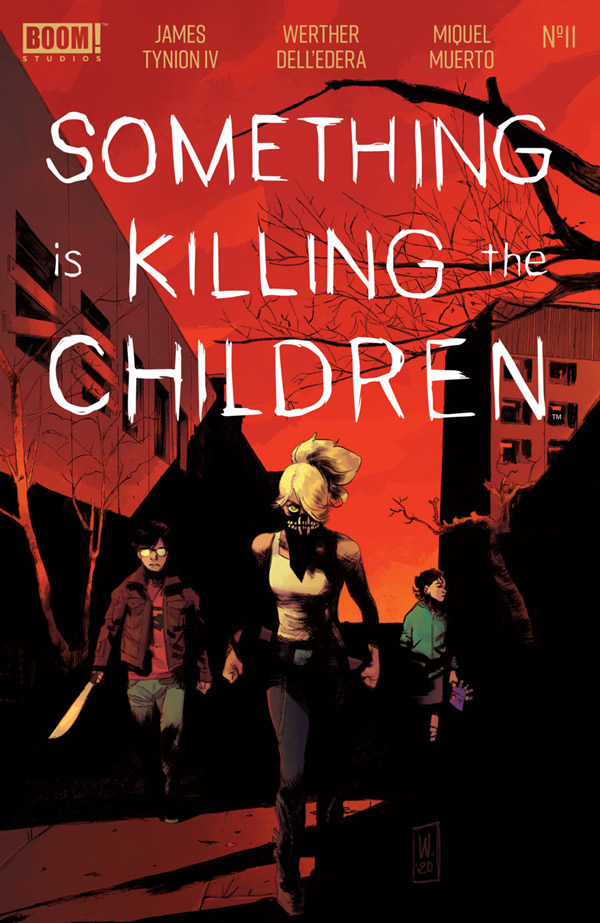 ‘Something Is Killing The Children’ Spawns Spinoff