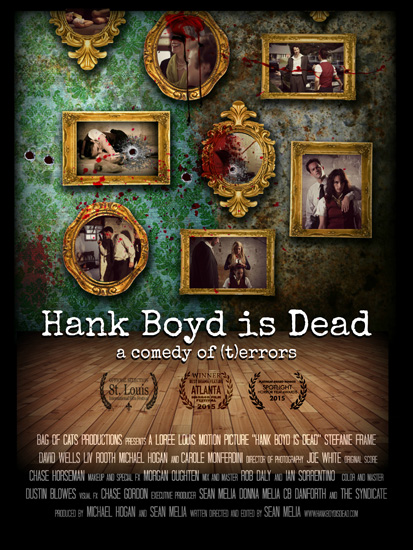 (New York, NY) – March 22nd, 2016.  Bag of Cats Productions is proud to announce their award-winning horror comedy Hank Boyd Is Dead will be released this Spring and will be available for rental and purchase online. Meanwhile, horror fans can enter a contest to win one of a hundred limited edition DVDs, all autographed by the director and cast. To enter the contest and get the latest updates, sign up at HankBoydIsDead.com before May 1, 2016. All entries will be verified and the winners will be announced on May 15, 2016 via HankBoydIsDead.com.

Hank Boyd Is Dead is a pitch black comedy of (t)errors that follows, in real time, a hapless caterer held hostage by a bickering family of sociopaths. 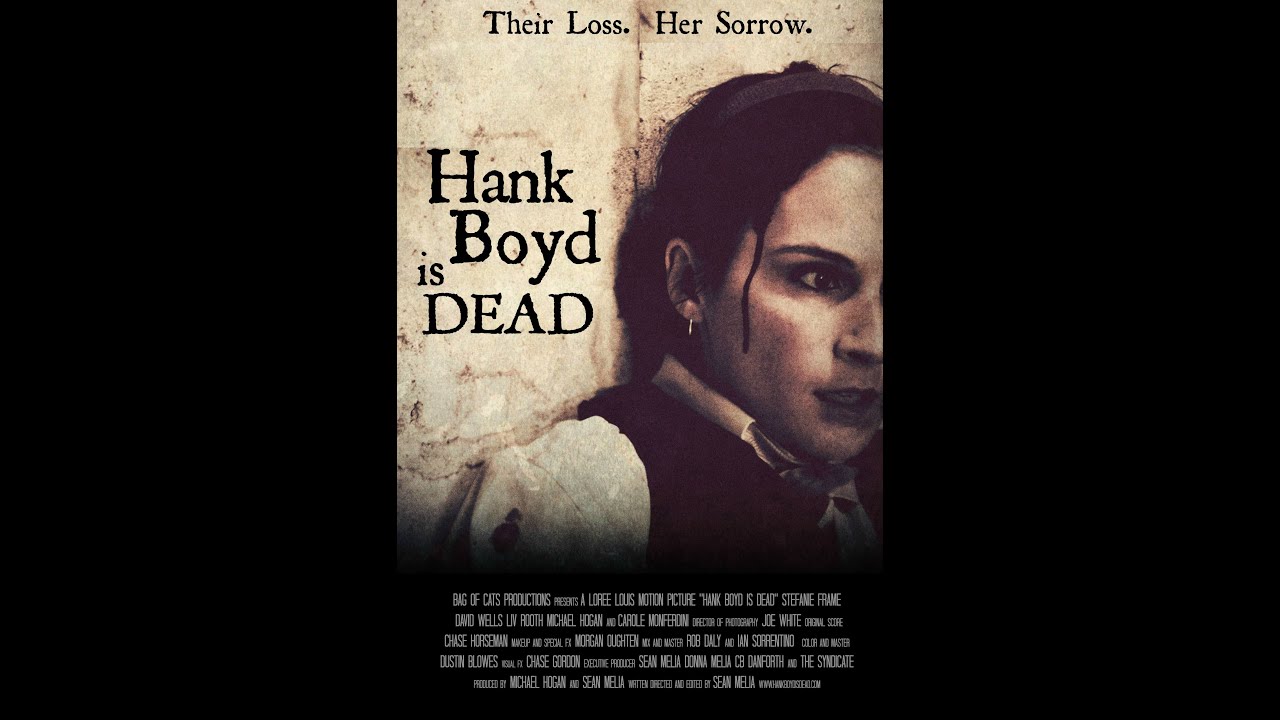 Written and directed by emerging filmmaker Sean Melia, this captivating tale of dysfunction and deceit has already won the award for Best Drama at the Atlanta Horror Film Festival and named a Platinum Award winning film by Spotlight Horror.

Says writer / director Sean Melia: “I started with the idea of examining what it would be like to be part of the family of a killer on the level of Dahmer or Bundy, and after their execution, who would be left to grieve and who would be blamed? But then I thought, what if he didn’t do it?  What if it was his brother, and a woman hired to cater after the funeral found out? And from that came the psychopathic soap opera that is the Boyd family, an homage to all the clever, creepy stories that I grew up with and loved.”

The film was written to be made in a week (“it was all the time I could afford to take off!” says Melia) and was shot over eight days on a micro budget, utilizing every resource available. The director’s childhood home in Edison, New Jersey became the set and the cast was comprised largely of veteran NYC theater and television actors that had collaborated on several of Melia’s past projects. The end result is a smart, fast paced and twisted take on classic horror tropes which audiences love.

Sean Melia is a self-taught filmmaker living with his young family in Brooklyn, New York. Previously, he’s directed three short films: You Don’t Know Me (2008), What Goes Bump in the Night (2009), and The Administrator (2011). All his films have been featured as Editor’s Picks on openfilm.com. You Don’t Know Me received the Audience Choice award at the NYC Downtown Short Film Festival and was reviewed as “…a minor-key horror tale told with a Hitchcockian flair” and “a handsomely mounted production that benefits from just the right choices.” He has written various feature screenplays including, I See A Darkness and Welcome To The Johnsons, currently available for option. Hank Boyd is Dead is his first feature film.

For more information about Hank Boyd is Dead, please visit the following links:

EXCLUSIVE LOOK AT ONE SCENE: