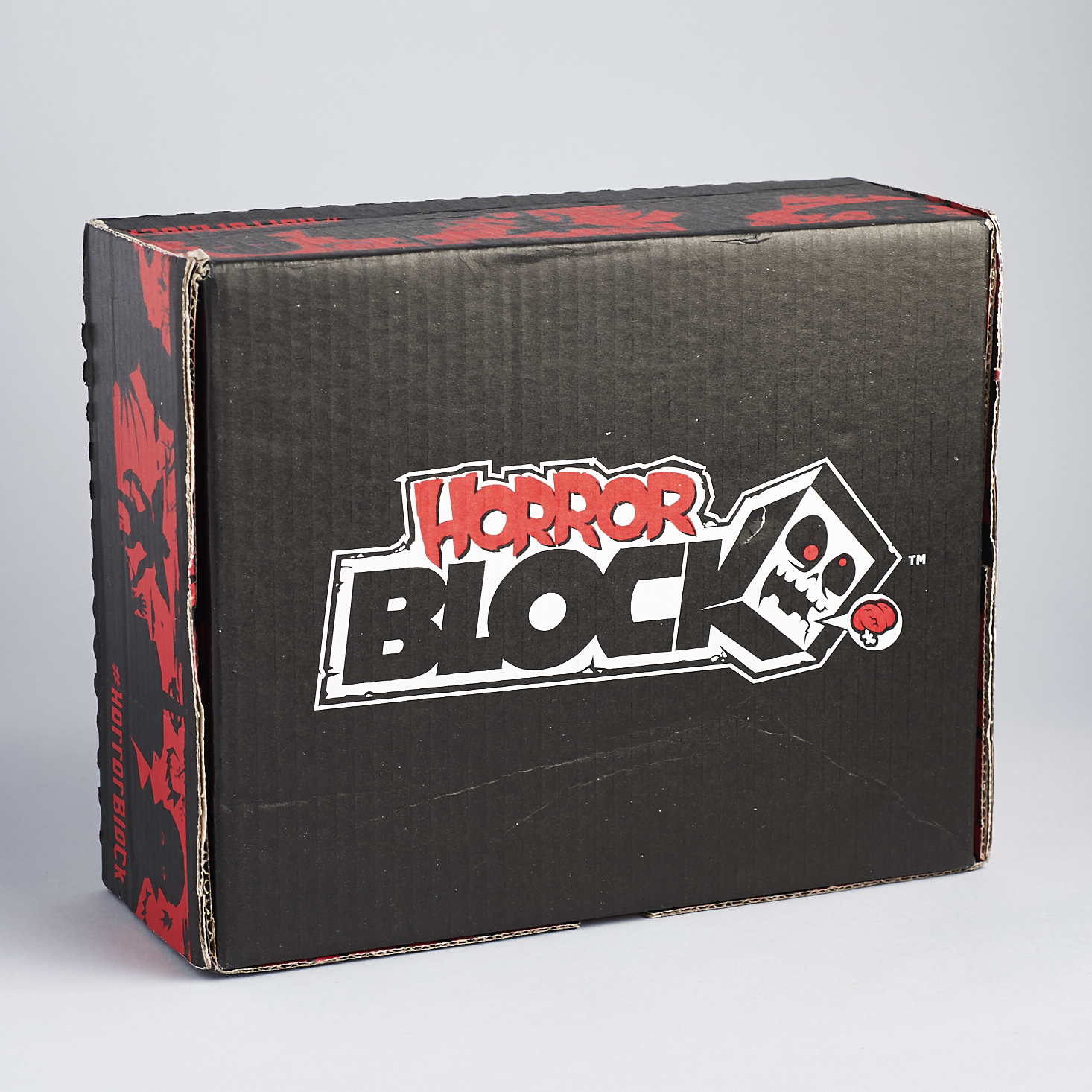 Have you been anxiously waiting by your mailbox for the latest Horror Block to arrive?  Well, it is probably time to go back inside because after months of missed shipments, uncertainty, and delays, Nerd Block (the makers of Horror Block) have filed for bankruptcy.

Bleeding Cool first reported on the trouble on August 9th, and learned that “…Nerd Block has shut down all their retail locations, fired all employees and stopped shipping boxes. People report not having received July boxes, those that have, report they found them full of previous items without anything new, and money paid for August has already been charged and not refunded after enquiries.”

Once official papers were filed by Nerd Block, the company revealed just how much they owed to the makers of the contents of a variety of monthly mystery boxes.  Major companies such as Diamond Comic Distributors, Funko, The Forecast Agency, Techno Sport, Insight Editions are owed over $200,000 each and many smaller companies that produced products for the company are still seeking payments, ranging from $190,000 to $236 (McFarlane Toys).

Individual creators are also owed money such as horror author Joe Chianakus (Rabbit in Red).  The writer produced a special edition of his novel for Horror Block, but he is still waiting to be paid almost $4000 by the company.

Nerd Block (based in Canada) was one of the leading subscription box services.  Horror fans were especially pleased with Horror Block which offered a wide variety of products such as t-shirts, Funko figures, books, dvds, signed photos, and a new issue of Rue Morgue Magazine every other month. Fans that were using Horror Block as a quasi-subscription to the world’s leading horror magazine will now have to look elsewhere, and the absence of the service may not only leave fans without a copy of the now bi-monthly publication, but one has to wonder how much Rue Morgue has come to depend on Horror Block for sales in a market that gets tougher for print publications every year.

Stay tuned to Horror News Network for more information about this unfortunate development.