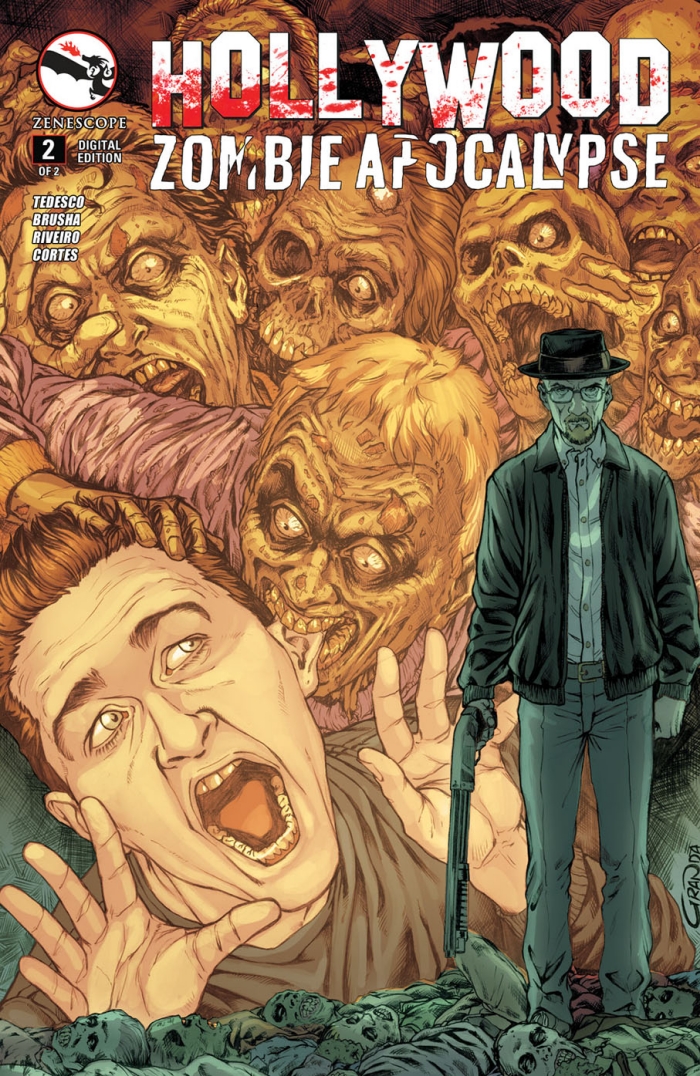 Zenescope Entertainment has provided us a preview of the new Hollywood Zombie Apocalypse comic.

Michael, along with Tom, Kevin and Shia, decide to make a run for a car in the parking garage below the hotel. Meanwhile, Dwayne and Selena stave off more zombie attacks by the pool. And the group finds there’s a traitor amongst them while an unlikely ally arrives.