Is The Great White Way ready for the Sanderson Sisters?

Hocus Pocus 2–the spooky sequel to the Disney 1993 original–debuts on Disney+ tomorrow, Sept. 30, and one last clip has arrived to set the stage. Check out the video–courtesy of Collider–on this page. 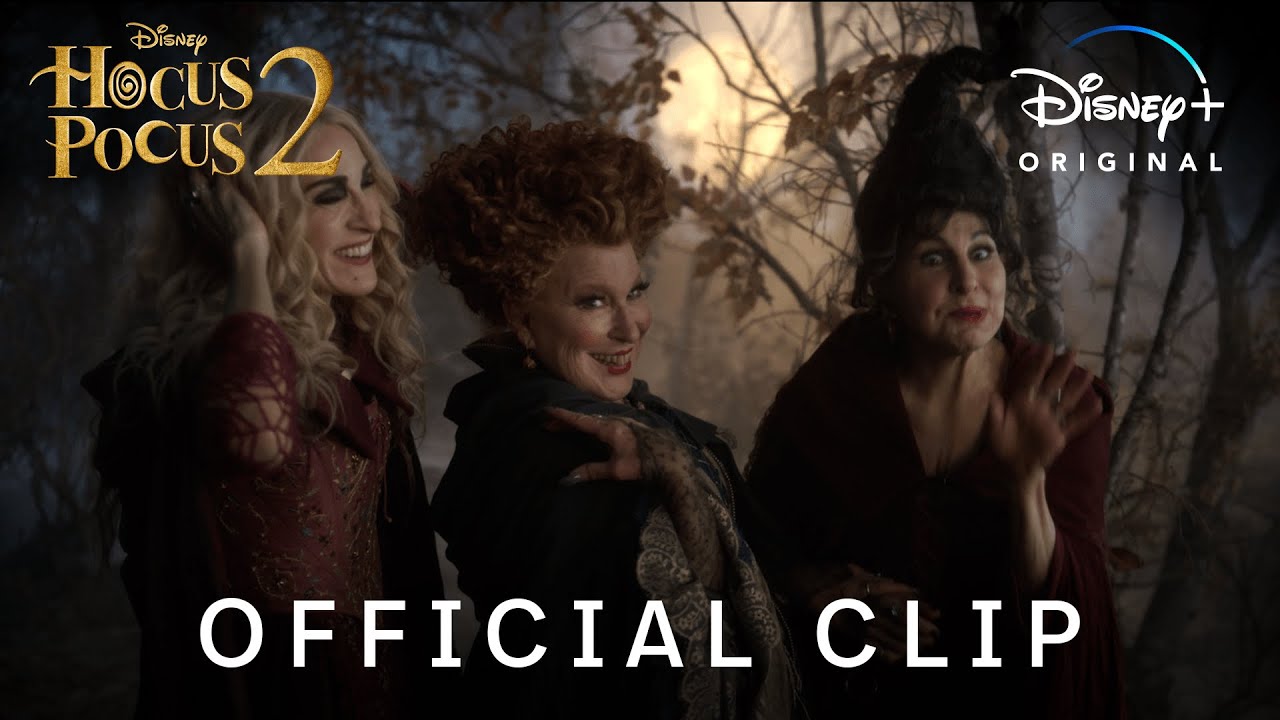 And, according to Deadline, the next stop for the witchy trio may be the Broadway stage. David Kirschner–who created and produced the original film and serves as executive producer on the sequel–said the long-rumored stage adaptation is once again back on the front burner.

The Broadway show was in the planning stages before COVID shut things down, Kirschner said, “but now it seems to be back on. They are building a Broadway version of Hocus Pocus.” No further details were divulged, so stay tuned for more updates.

But, before all that live-on-stage action unfolds, the sequel hits Disney+ and finds Bette Midler, Sarah Jessica Parker and Kathy Najimy reprising their roles as the Sanderson Sisters in a tale that’s set 29 years after someone lit the Black Candle and resurrected the 17th-Century witches.

The story follows the revenge-driven sisters and the efforts of three high school students (as seen in the clip on this page) to figure out how to stop the witches “from wreaking a new kind of havoc on Salem before midnight on All Hallow’s Eve,” according to the synopsis.