Some legends never die–they just wait for the right time to reappear.

Hocus Pocus 2–the highly anticipated sequel to the 1993 fan-favorite film–will pop onto Disney+ Sept. 30 (in plenty of time for Halloween), and the first teaser dropped this week to get fans in the mood for more mystical misadventures. Check out the video on this page. 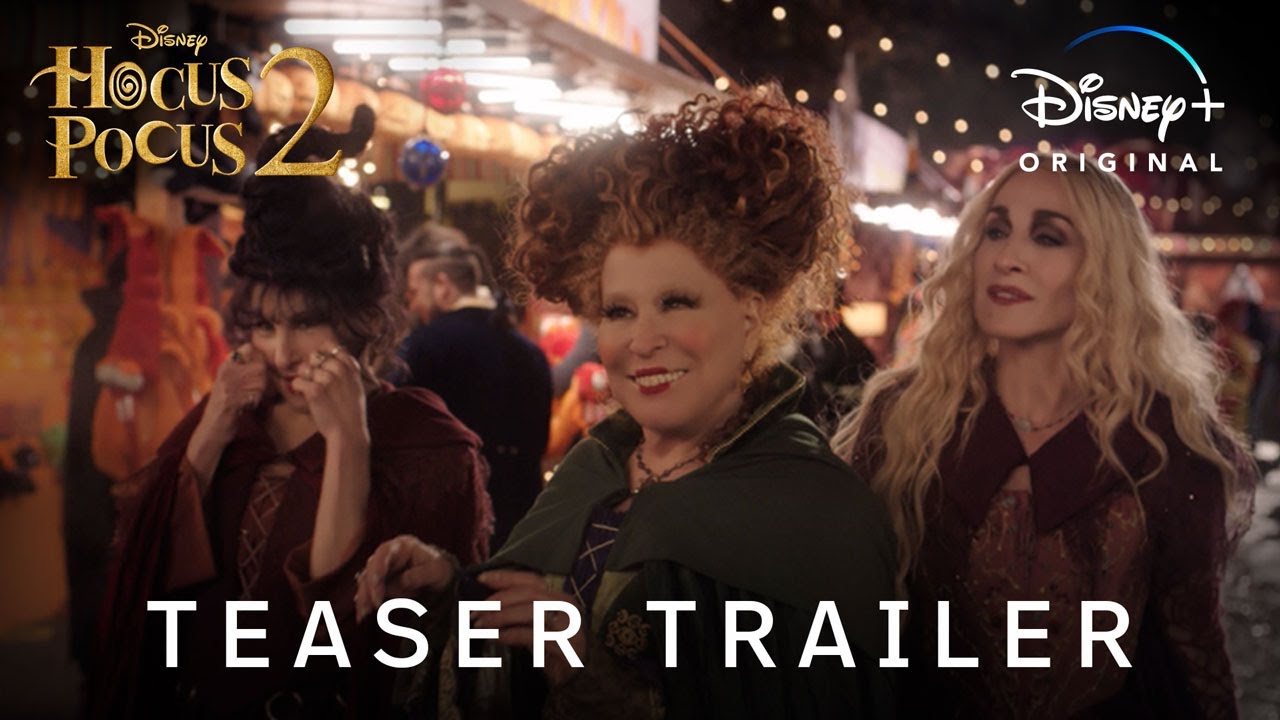 The sequel–starring the returning Sanderson Sisters (Bette Midler, Sarah Jessica Parker and Kathy Najimy)–is set 29 years since someone lit the infamous Black Candle and resurrected the 17th-Century sisters, “and they’re looking for revenge,” according to the new synopsis.

Now, “it’s up to three high school students to stop the ravenous witches from wreaking a new kind of havoc on Salem before dawn on All Hallow’s Eve.” Oooh, scary stuff.

The original Hocus Pocus–directed by Kenny Ortega and written by Neil Cuthbert and Mick Garris–flopped at the box office (reportedly losing Disney a whopping $16.5 million), but became a Halloween cult classic through the years.

Keep reading Horror News Network for the latest on Hocus Pocus 2 on Disney+.