On August 8, 1969, that wacky Manson family descended upon the Hollywood home of film director Roman Polanski and his 8-month pregnant wife Sharon Tate and left no soul inside the home alive. Nearly 50 years later, people are still fascinated by the crimes committed by Charles Manson’s followers and just to prove it, a new movie is being made starring Hillary Duff as the late Sharon Tate.

The Haunting of Sharon Tate is inspired by an actual quote from Tate, from an interview published a year before her death, wherein she reveals having dreams about ghosts haunting her house and foreseeing her own death at the hands of a satanic cult, according to a story by Deadline.

Sharon Tate’s sister, Debra, told the NY Daily News today that the “so-called dream is a total fabrication”. She also said that a film being made about the tragedy is “tasteless and exploitative” regardless of who is playing her sister in it.

So, it sounds like not everyone is on board for the film but if the interest is there, Hollywood will take advantage. Below is the selfie that Hilary Duff posted on her Instagram account of her as Tate for the film.

Keep it locked to Horror News Network for more info on The Haunting of Sharon Tate as it pops up! 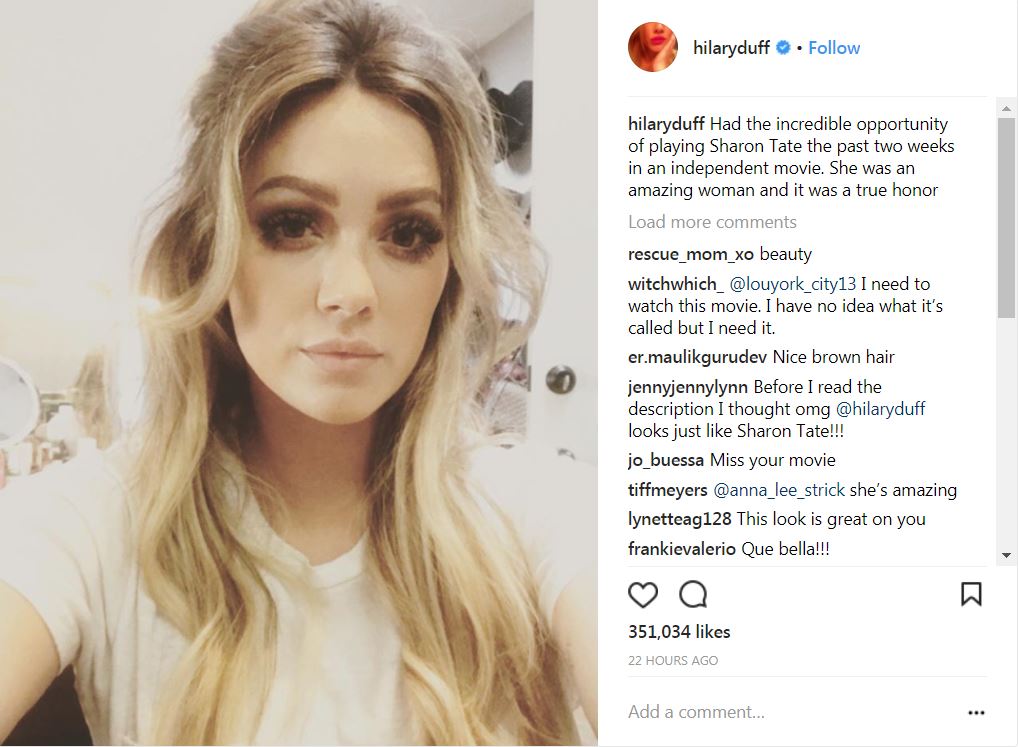 Trailer for ‘The Haunting of Sharon Tate’ Has Arrived