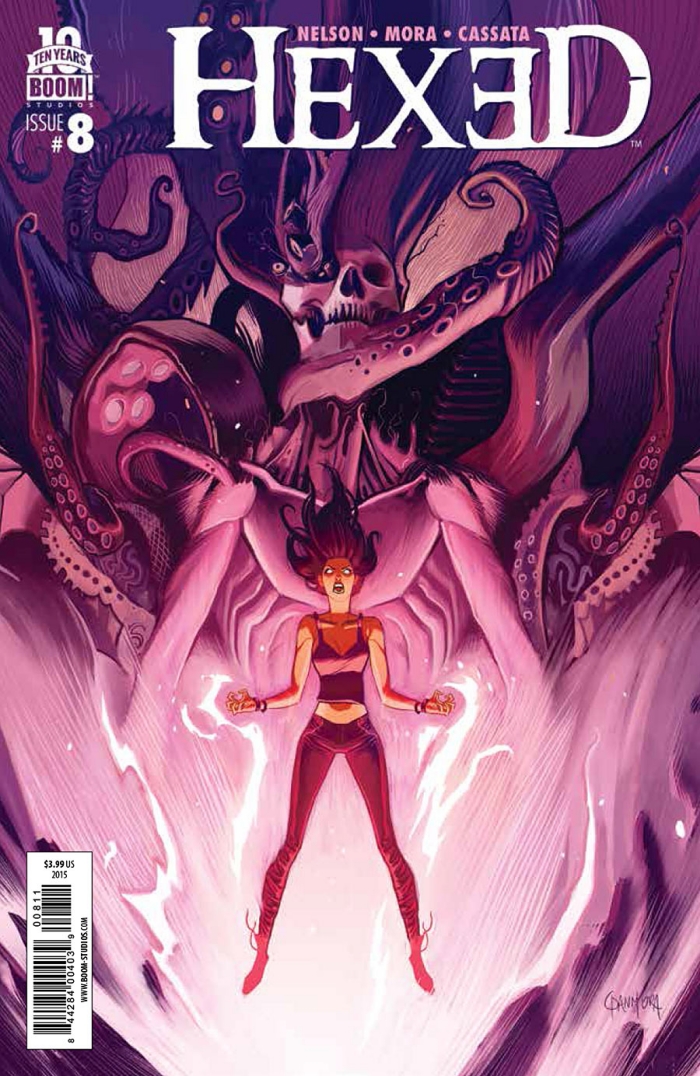 BOOM! Studios has provided us a preview of the new Hexed comic.

Madame Cymbaline’s actions were designed to force Lucifer to act, but what Lucifer does in response will shock both friend and ally alike as she pushes her powers to their absolute limit in an all-out assault on Graeae Towers.