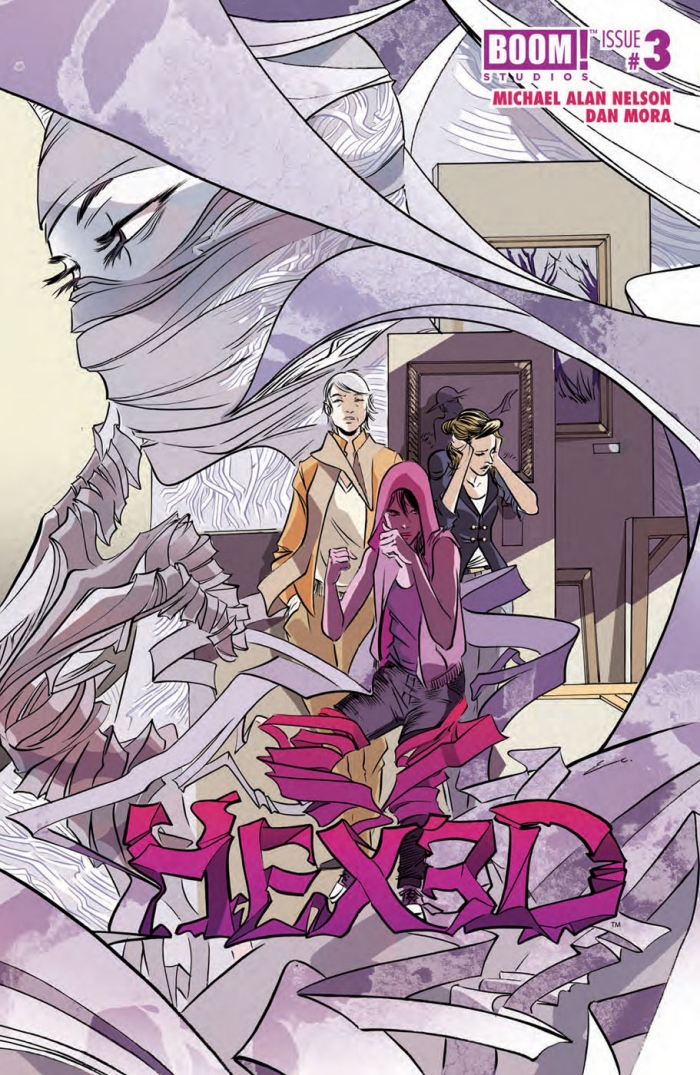 BOOM! Studios has provided us a preview of the new Hexed comic.

Lucifer’s harrowing trip to the Shade has left her depleted, devastated, and worst of all, an entire dimension away from Val and Raina as they are caught in the middle of the psychotic Graeae family feud between Madame Cymbaline and her newly released brother, Yves.