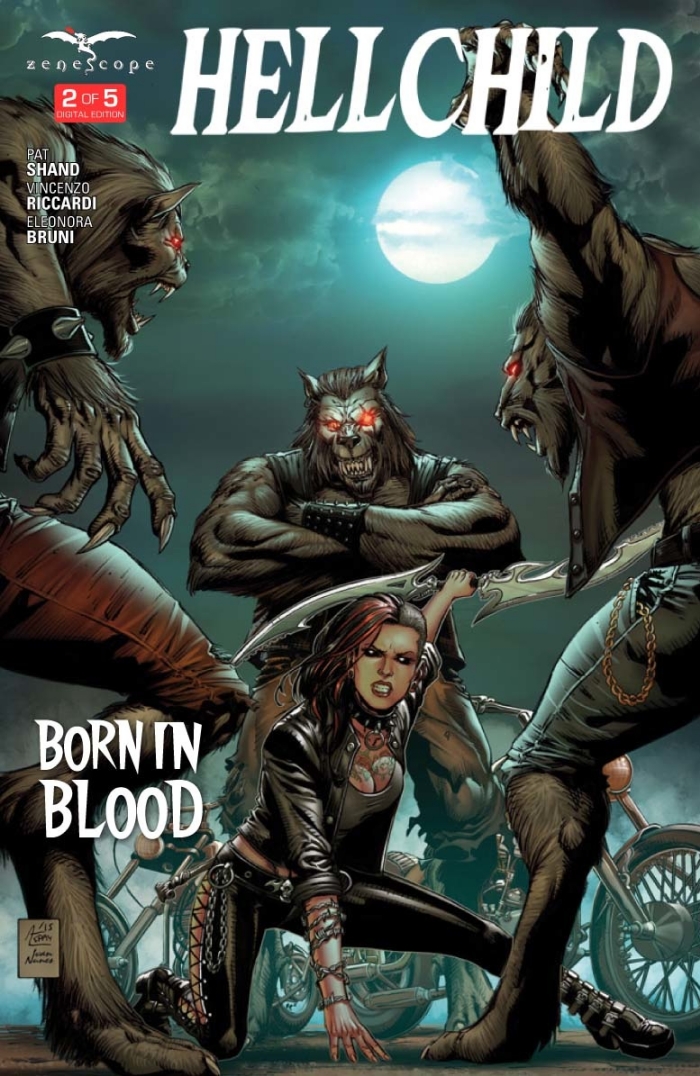 Zenescope Entertainment has provided us a preview of the new Hellchild comic.

Angelica has been resurrected, but something is wrong. As the so-called Hell Child is unleashed on New York City, Helsing is left to deal with the temper of a wrathful god. Meanwhile, a cult of vampires is on the rise in New York, and when they come face to face with Angelica, a partnership is made that just might set the underworld of the city that never sleeps ablaze.