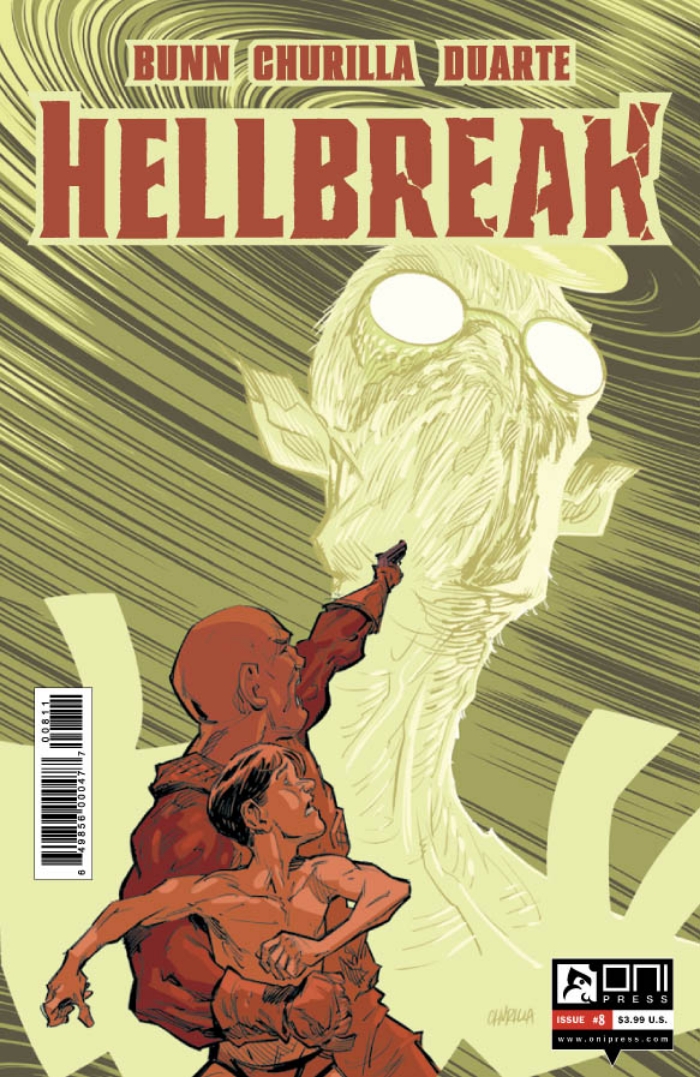 Oni Press has provided us a preview of the new Hellbreak comic.

Father Lloyd may not follow Team Orpheus into the underworld, but as an exorcist he battles the forces of Hell at work in the mortal realm. Such dealings are sure to leave a dark mark on one’s soul. Also, Team Orpheus finds themselves trapped as patients in a demonic mental asylum.