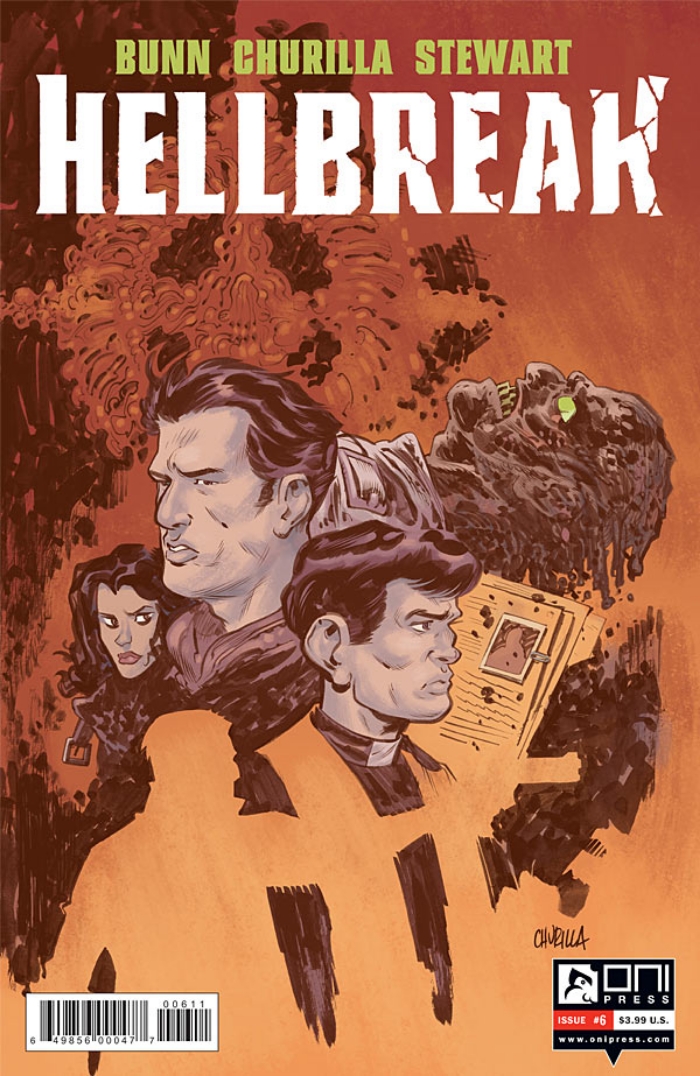 Oni Press has provided us a preview of the new Hellbreak comic.

In their most recent jaunt into Hell, Orpheus Team lost one of their own. Now, Jenner struggles with reconciling the death of a good man for the life of someone cold and cruel. He strikes out on a mission of his own, not to invade Hell, but to bring Hell down on someone who doesn’t deserve to live!