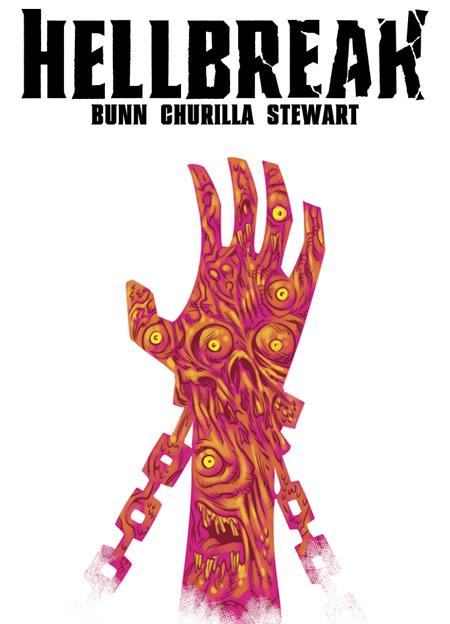 Synopsis: Lost in one of the countless infernal fragments of Hell, Jenner and the rest of Orpheus Team are separated and beset by strange devils. But demons are not the only creatures to be found in Hell. As he strives to reconnect with his teammates, Jenner encounters a group of resistance fighters who offer him a dire warning about the Kerberos Corporation. As prayers of exorcism are uttered and bullets start flying, deeper mysteries about those who would brave Hell begin to unfold.

Our Thoughts: The fourth issue of Hellbreak has finally arrived and Cullen Bunn is back to work at crafting the comic equivalent of a summer blockbuster movie.   Loaded with mystery, monsters and mayhem, Hellbreak succeeds at being a really fun read.

Bunn and artist, Brian Churilla, are in sync as they are joined by colorist extraordinaire, Dave Stewart. That combination of talent helps drive the book  as a standout series.