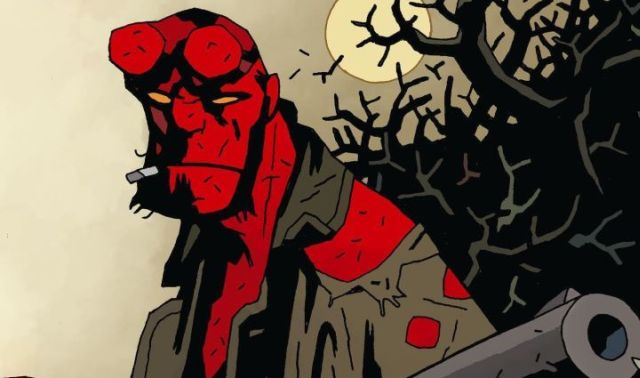 Neil Marshall (Dog Soldiers, The Descent) recently spoke to fellow horror director Mick Garris on his podcast (Post Mortem with Mick Garris) about his career in film and television and also revealed some exciting news about his upcoming film, Hellboy: Rise of the Blood Queen.

Garris asked Marshall about the R-rating and if he was going to be “…allowed to be more extreme” to which the director replied, “We’ve been granted permission to do it R-rated, which for me is just like taking the cuffs off.”  While Marshall did state that he is going to exercise some restraint, and that he was “…not going to force it to be R-rated”, he did follow-up on his initial comments, saying that “…obviously, the success of things like Deadpool and Logan have not hurt that cause. But, also, when you go back the original material, it is kind of bloody, so I’m going to embrace that.”

Marshall also promised an emphasis on in-camera, practical effects, insisting that the film will be “…as practical as we can possibly make it. I love to do stuff in camera whenever I possibly can, and use CG as the amazing tool that it is, to enhance or expand upon the world, but not to use it to replace reality, when you can do it for real.”

Besides Hellboy, Marshall also expressed interest in directing a Creature from the Black Lagoon film (and Universal could certainly do worse than hire a director who has proven that he can deliver both frights and monsters effectively) and an Alien movie.  While mostly wishful thinking, horror fans would certainly be excited to see Marshall’s take on either of the classic monsters, whether under water or in outer space.

Hellboy: Rise of the Blood Queen is scheduled for a 2018 release.  Stay tuned to Horror News Network for more news on this and other Neil Marshall projects.