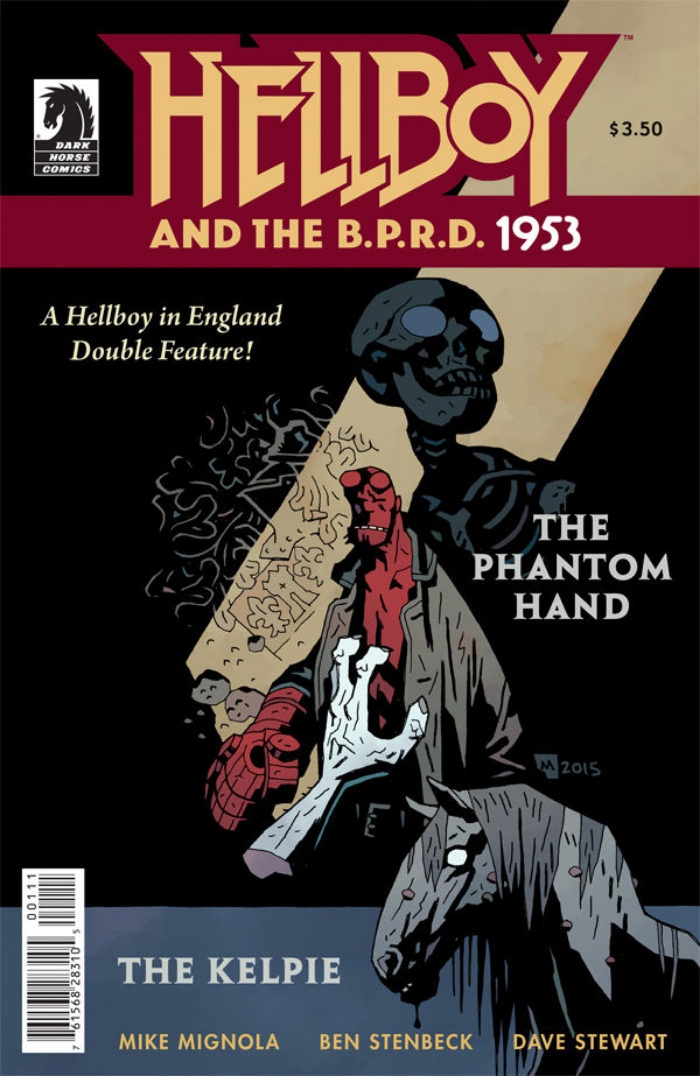 Dark Horse Comics has provided us a preview of the new Hellboy and the B.P.R.D.: 1953 – The Phantom Hand & the Kelpie comic.

Hellboy’s first experiences with Bruttenholm in England involve the phantom hand of a murderer and a demonic water spirit in stories reminiscent of the early Mignola story “The Corpse.”