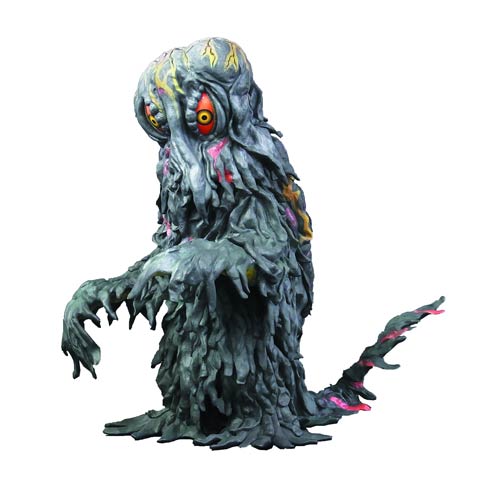 In the 1970s, when environmental pollution became a serious problem in Japan, a fearful monster newly appeared. Unlike the old style of kaiju designs in past Godzilla pictures, this new monster symbolized pollution which was threatening Earth. And here he is in this Godzilla Hedorah 1971 Version Toho Series 12-Inch Vinyl Figure! The psychedelic color is simply gaudy. The figure is also heavier than usual, matching the make of the Godzilla suit from 1968. The creepy eyeballs are made from transparent materials that accurately recreate the key feature of Hedorah’s uncanny visage.