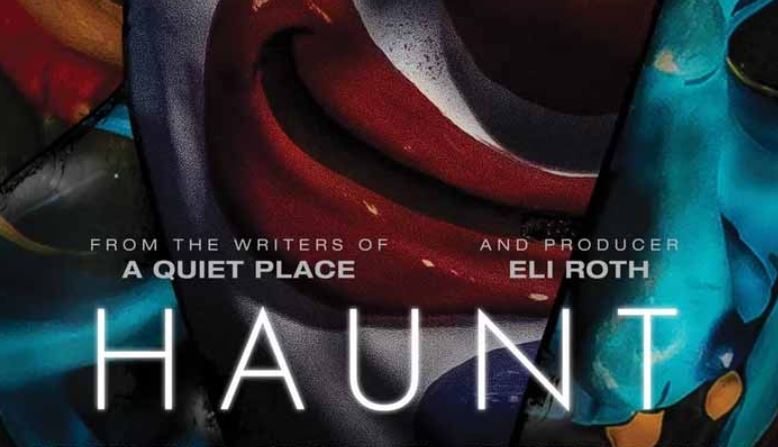 Well, well, well…another new Halloween-themed film just in time for the frightful season! Writers/directors Scott Beck and Bryan Woods (A Quiet Place) bring us the Eli Roth produced Haunt. Haunt is set in college-town Carbondale, IL. We open on a college student named Harper (Katie Stevens) who is in her off-campus housing reading the aggressive text messages sent by her boyfriend Sam while covering up the black eye that he gave her and watching Night of the Living Dead  (only one of those three things is okay).

Harper’s roomie/bestie Bailey (Lauryn Alisa McClain), after articulating her distaste for Sam, convinces Harper to come out with her and the other roomies for a Halloween party at a local bar. Sam reluctantly agrees to go out and the duo heads out with other roomies Angela (Shazi Raja) and Mallory (Schuyler Helford).

While at the bar, Harper has an awkward meet-up with a handsome cat named Nathan (Will Brittain) who also seems not-so-stoked to be at the bar Halloween party. While Harper and Nate are getting their flirt on, they’re rudely interrupted by Nate’s loud-mouth friend Evan (Andrew Caldwell) who’s upset because the rest of the folks that were supposed to make up his Human Centipede costume bailed on him.

While leaving the club, the group who are now all together almost make the smart decision to go back to campus BUT loud-mouth Evan instead recommends that they go to an “extreme haunted house” that he has found a flyer for.

Now, if you’re unfamiliar with the term “extreme haunted house”, do an internet search for McKamey Manor; at the Manor, “employees may physically assault patrons, waterboard them, force them to eat and drink unknown substances, have them bound and gagged, or engage in other forms of emotional, physical, and psychological torture.” And the worst part is that you’re not allowed to touch them.

So, the group of five decides to abide by these rules and they make their way to the house where an unspeaking clown outside has them all sign a waiver and store their cell phones in a lockbox outside of the haunt. The group is jovial as the haunt begins inconspicuously enough, some props coming out and a few masked figures roaming around. Nothing really crazy until they watch a live girl get branded by a masked figure, but it still seems like it could all be a part of the act. Before long, however, the group starts to realize that perhaps things are a bit more dangerous than they originally thought as one of them goes missing and another becomes injured during a portion of the haunt.

The filmmakers make some smart moves in Haunt: 1. They don’t overload us with “bad guys” in the haunt, there are just a small handful and that works well. 2. They don’t try to explain the “why” or the motivation – if Carpenter’s Halloween taught us anything, it’s that lack of motivation is even scarier. 3. They don’t overwhelm us with gore – they let the scares do the talking. Sure, there are some gory parts, but the film relies more on tension and fright than it does on gore.

That said, Haunt has its issues, mainly with pointless flashbacks to Harper’s violent upbringing, which I understand explains her relationship with the violent alcoholic boyfriend, but I don’t think that either of those stories were important to the plot. Overall, Haunt is fun and the pros far outweigh the cons – add this one to your queue for Halloween night-time viewing. 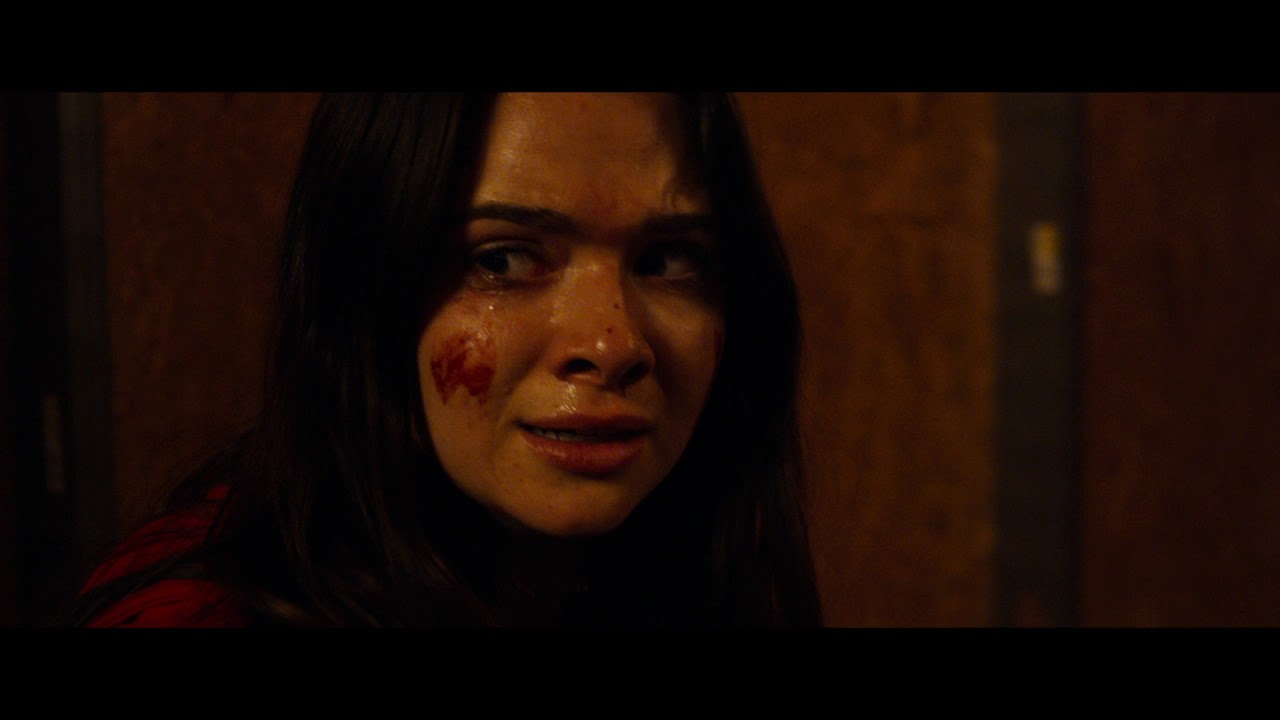