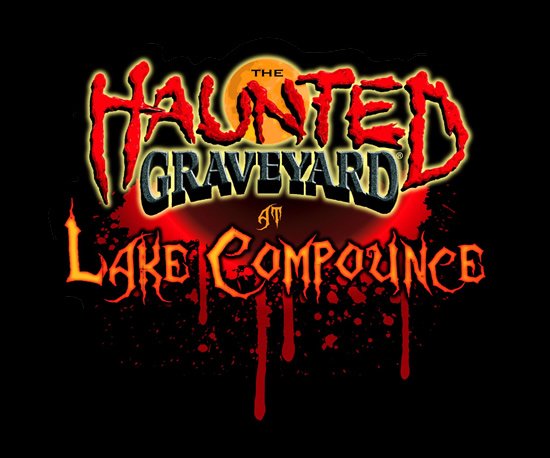 The Haunted Graveyard – Review
By Lynn Sorel
Rating: 10 out of 10

About: The Haunted Graveyard got its start in 1991 when Ernie and Carol Romegialli’s daughter, Johanna, was diagnosed with Juvenile Diabetes. According to Ernie, “We started decorating our yard in Middletown, Connecticut for Halloween, thinking it would keep Johanna’s mind off candy. Every year, the displays of decoration just kept getting bigger and bigger. It outgrew our yard and has since evolved into New England’s largest Halloween attraction.” To date, The Haunted Graveyard has donated more than $1,000,000 to various diabetes organizations. http://www.hauntedgraveyard.com/

Our Thoughts: If you want a good scare this Halloween season, The Haunted Graveyard at Lake Compounce is the place to go! With 6 haunted houses and a huge variety of scary themes, everyone is sure to have something to scream about. The Haunted Graveyard is suitable for the whole family, unlike other haunts in the area, with tickets available for adults and children. Adult Graveyard only tickets run at 23.99 and kids at 18.99. Combo tickets for the graveyard and rides are also available. I only walked through The Haunted Graveyard section, however from what I could see the rides were also decked out for Halloween.

Upon entering the park, there is an awesome spooky purple mist leading the way to ticket booths, setting the perfect mood for a terrifying evening. The Haunted Graveyard itself is extremely elaborate. It’s a much larger scale than other local haunts and very expensive looking. With amazing creepy structures even created for the waiting area, you enter a haunted world from the moment you get in line. The huge buildings are beautiful, impressively crafted and extremely high quality for a seasonal haunt.

Once inside you see everything from vampires, to demons, and zombies to spiders. Feeding on nearly every fear you can imagine, The Haunted Graveyard has it all. A few of the scary themed rooms you will see include Catacombs, Zombie Forest,  Bat Cave, and Reapers Realm. For the massive full is of creepy attractions, see the website. The Vampires were especially amazing and their castle looks like something out of Bram Stoker’s Dracula. The Pumpkin patch is especially fitting for Halloween, and a favorite setting of mine. The Graveyard inside is absolutely awesome, with top of the line creepy effects. A staple of Halloween haunts, the Slaughterhouse will make gore fans very happy. I thought the Jungle was a very creepy and original addition. The Vortex was an extremely trippy theme and one of the rooms in it makes you feel like you’re spinning. Other rooms are so dark you can barely see anything. Smoke filled corridors and flashing lights add to a disorienting feeling that amplifies the scares. Many times I felt like I was inside of a horror film, which is exactly what I was hoping for.

The scenery was so well done, many times I could not tell if statues were actors, or actors were statues, which made for lots of screaming from everyone. The makeup and costumes worn by the employees are top of the line and the best I have seen yet. There are even some torturous scenes acted out for the audience. The actors really got into their roles and made the experience that much more fun. Spending most of the night screaming, I didn’t have much of a voice left by the time I was exiting the graveyard. The whole walk through takes about 45 minutes. With such an elaborate effort on the part of the staff and craftsmen, it’s well worth the money. It exceeded any and all expectations I had. There is a lot more variety than other haunts and the creators are clearly hardcore horror fans, most likely inspired by their favorite films. The only downside I could see is a long line, due to it’s massive popularity, but it’s definitely worth the wait. The Haunted Graveyard has earned its reputation Southern New England’s largest Halloween attraction. A must visit attraction for Halloween, horror and haunt fans alike will love The Haunted Graveyard!