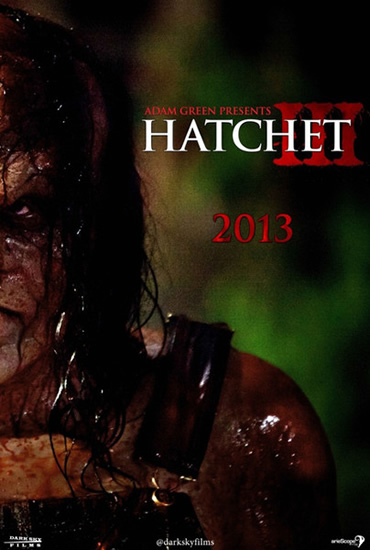 While a heavily-armed team of mercenaries takes to the bayou surrounding Crowley’s home, Marybeth finds herself begrudgingly teaming up with a local policeman (Gremlins star Zach Galligan) and his ex-wife (Caroline Williams, Texas Chainsaw Massacre 2) – an expert on the maniac who may have uncovered the secret to ending his murderous rampage once and for all.”

The unrated version of the Blu-ray and DVD will feature some really cool extras:

Hatchet III: Behind The Scenes featurette