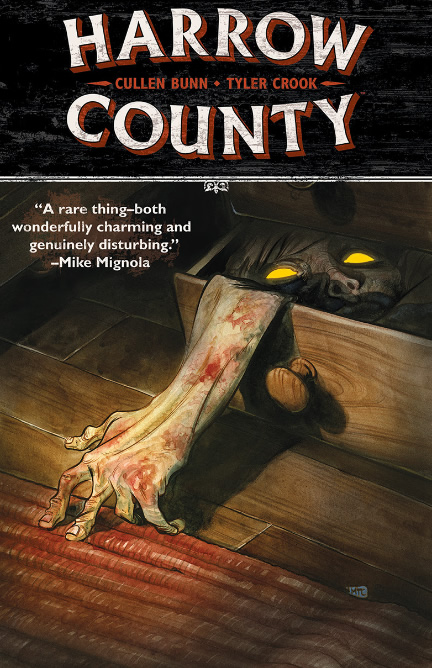 Universal Cable Productions (UCP) continues to expand its powerhouse producing talent and build upon the studio’s genre footprint by signing a first-look deal with legendary comic book publisher, Dark Horse Entertainment (“The Mask,” “Hellboy”).  The deal announced today will focus on developing and producing scripted programming from their extensive comics library as well as new material.   Discussions for the deal began at Comic Con in 2014 when Dark Horse introduced UCP executives to some of their top writers and artists. Over the last year, those conversations continued and have yielded multiple television projects with direct involvement from the comics creators.

“Dark Horse Entertainment has an incredible roster of fantastical, witty and mind bending stories,” said Dawn Olmstead, Executive Vice President of Development, Universal Cable Productions. “Their brand has conquered multiple media platforms and boasts iconic books that have attracted the highest level of writers.  It’s going to be a wild and imaginative ride.”

UCP will collaborate with Dark Horse to bring their unique and fresh approach to the creative process. Together they will maximize Dark Horse’s network of talented comic creators and robust library of content to develop character driven concepts for television intended to resonate with their current fan base. Dark Horse President and founder Mike Richardson and Keith Goldberg, SVP of Production, have enjoyed great success for the last two decades; no strangers to television, they also currently executive produce Syfy’s “Dark Matter”.

“As the landscape of narrative storytelling evolves, Dark Horse is thrilled to be working in the golden age of television with Universal Cable Productions. Their creative team has embraced the spirit of the Dark Horse brand and we’re proud to be partnered with them.” said Richardson.

Harrow County – Emmy has always known that the deep, dark woods surrounding her home crawled with ghosts, goblins, and the restless dead. On the eve of her 18th birthday, she learns that she is connected to these creatures and to the land itself in a way she never imagined, for she is the reincarnation of a powerful witch who was put to death on the very day Emmy was born. For this reason, the townsfolk mean to kill her too. In order to survive, Emmy must embrace the unusual powers at her command.  This project is based on the brand new book written by Cullen Bunn (“The Damned,” “The Sixth Gun”) and illustrated by Tyler Crook (“Bad Blood”).