Rob Grant’s nautical nightmare Harpoon is the type of horror comedy that captures key elements of both genres and will certainly appeal to those with a taste for dark humor and tales of isolation.  It is also the type of film that shows a lot of promise for a young director, and Harpoon is sure to put the director on the Hollywood radar for future horror (or comedy for that matter) projects.

Grant answered some of HNN’s questions about the nature of Harpoon and why being stuck on the ocean is no place to be (especially if your fellow companions have some scores to settle) .

Horror News Network: What was the genesis of Harpoon?

Rob Grant: I was in a creative rut, feeling frustrated with the industry as a whole and was worried I wasn’t going to get another opportunity to make a movie and say all the things I’ve been thinking about… so I went for broke with these extreme situations and characters and discussions that I was too scared to try before, and out came Harpoon.

HNN: What went into your decision to have a narrator for the film?

Grant: I can’t stand when close friends in movies say dialogue that is supposed to give the viewer their backstory.  Close friends don’t talk like that, they have a short hand that I wanted to capture, and so the narrator was always there to just fill us into the scenario and then let the actors go wild.  It also turned out to be a nice reminder that it’s okay to laugh.

HNN: You mix horror and comedy in Harpoon.  Is it difficult to strike a balance between them?

Grant: For whatever reason, viewers usually like their movies to stay in one lane.  I have a big problem with that because I get bored… more over its not real life.  You could think you are in a love story one moment and then get in a car accident and end up in a horror movie…  My producer Mike agreed, and so we didn’t really try to stay aware of the tonal shifts, just tried to play them straight as they came up in the script.  It works for some and others can’t stand that, so it’s a losing battle, we just ended up going with what we found enjoyable.

HNN: How does the isolation impact the characters in the story?  Would it work the same way being isolated on land?

Grant: That was a main reason we set it on a boat.  I feel like I’ve seen all the tropes tied to being stuck in a cabin in the woods, etc.  And growing up in Vancouver on the ocean and knowing the dangers of being on a boat, I just thought it provided a lot of good opportunities for some different material.  Also being on a minimal budget, we liked the idea of how beautiful a setting it was, it was fun to play these really dark moments in bright colorful light.

HNN: Do you have a favorite nautical horror film?

Grant: It’s gotta be Jaws… I am still uncomfortable with bobbing in the open ocean for that reason…  But Hitchcock’s Lifeboat was a big inspiration for Harpoon as it maintained a single setting while trying to make it more about the characters interacting.

HNN: What’s up next for you?

Grant: We’ve just started to send out the next script to a select few.  Still early days but I’m confident it will upset some people haha…

Harpoon is currently streaming on Showtime and VOD.  A new special edition blu-ray/dvd of Harpoon is also available from Black Fawn. 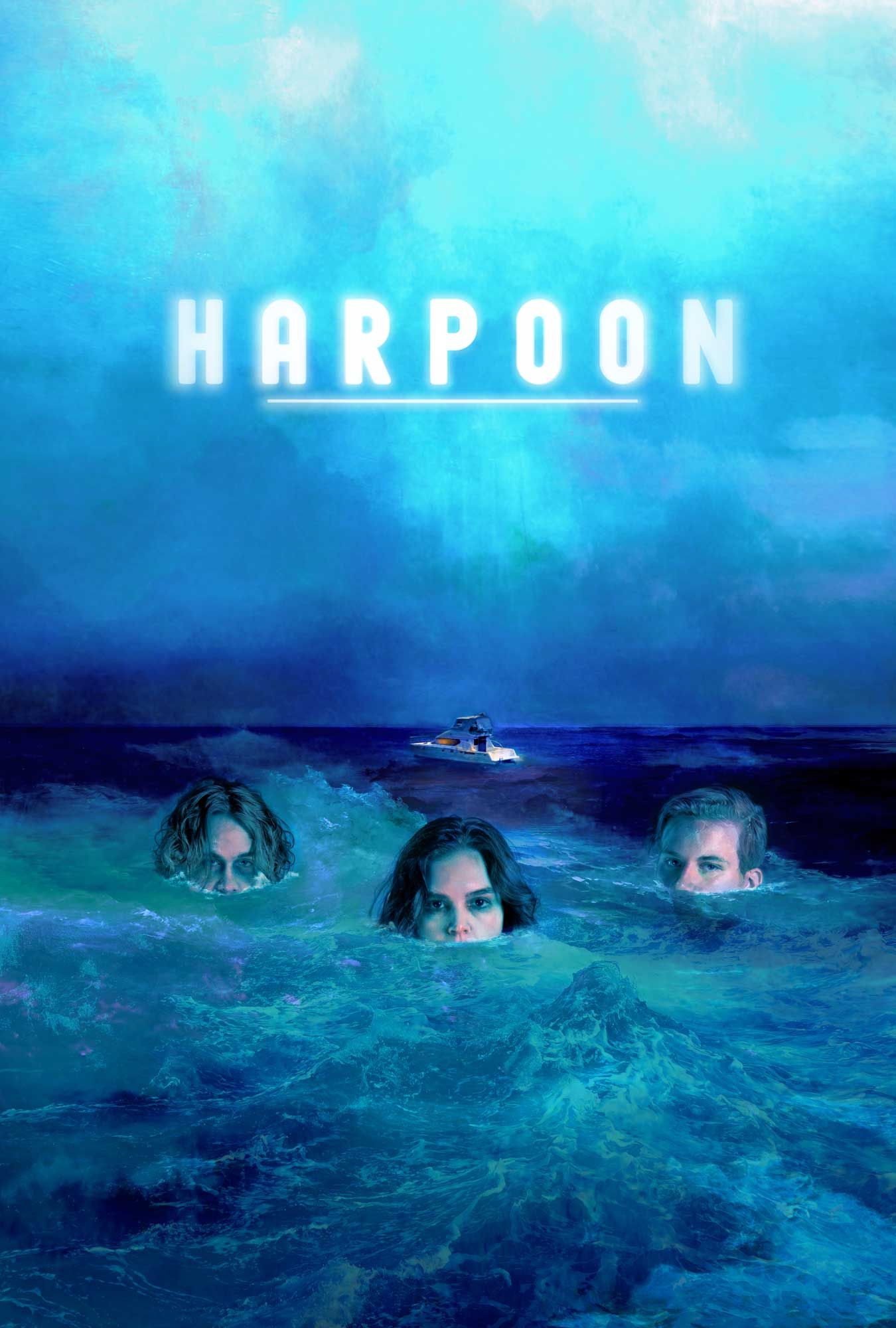